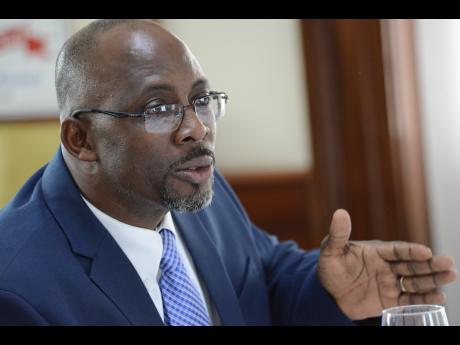 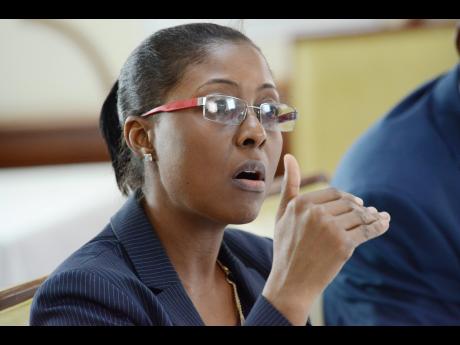 Rudolph Brown
Kedia Delahaye: Once it is established that no owner can be located, locally or overseas, the property reverts to the original owner: Government. 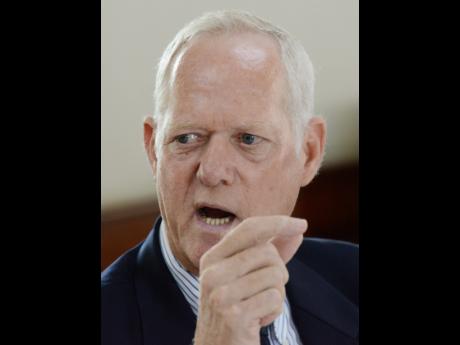 Rudolph Brown
Andrew Gyles: Where a child is in school and where they have applied for (assistance), the department pays directly to the institution.
1
2
3

The Administrator General's Department (AGD), which manages the estates of Jamaicans who die without making a will and where minor children are involved, has revealed that it is currently presiding over assets and cash worth an estimated J$12 billion.

Members of the Department who were guests at Gleaner Editors' Forum held yesterday at the newspaper's North Street, Kingston offices, said more than 3,000 cases are currently being adjudicated on behalf of minors (children under 18 years).

Patrick Wright, finance and planning executive at the AGD, said the cash and asset base being overseen by the department is significant and places a great deal of responsibility on it.

"The numbers of cases is about a few more than 3,000. The value is at least $10 billion in properties. In addition to the value of the properties we have just over $2 billion cash which is estate funds to administer. It is a significant portfolio," Wright said Wednesday.

He said the properties involving intestacy were located all across the island and the majority of intestacy cases came from St Catherine - largely because of its size.

The opening of an out-of-town office has seen some 200 cases being administered in that section of the island and individuals using the Western Jamaica office include those requiring services in St Elizabeth and Trelawny.

The department receives on average 300 intestacy cases per year for administration, while another 500 cases are closed.

However, despite the department's efforts, beneficiaries are sometimes not located.

In those instances, properties have had to be reverted to government as, after years of search for relatives and beneficiaries, they are never found.

"Once we have exhausted the efforts at finding beneficiaries, then in order to close the case we must transfer it back to the government," explained Wright, whose colleague, senior legal executive Kedia Delahaye agreed with his position.

"Once it is established that no owner can be located, locally or overseas, the property reverts to the original owner - government," she said.

She was unable to provide the numbers reverted on an annual basis but Wright said it was more common, before the 1970s, and before the legislation outlawing bastards.

He said in more recent cases, the situation has improved, but hundreds of cases are still referred annually.

In the meantime, the department is making monthly payments of at least $20 million to educational institutions for medical expenses on behalf of individuals who have made such requests.

He said the total sum paid out annually is at least $500 million.

Wright said in many instances, however, additional assistance has to be sought by the children as the estate is not rich enough to satisfy their needs.

"Where a child is in school and where they have applied for such funds, the department pays directly to the institution. There may be medical bills as well and that's the process," Gyles told journalists at the forum.

He said the AGD's sole responsibility was to adjudicate on estates where minors are involved and where there is no will - a legal document by which a person expresses his or her wishes as to how his or her property is to be distributed at death.

A will names an executor whose role is to manage the estate until all beneficiaries receive their designated benefits.

He said the AGD can be made executors to estates as well.