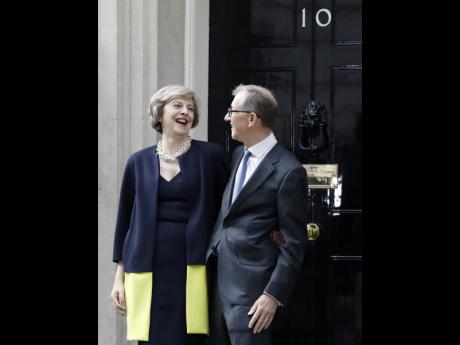 AP
New British Prime Minister Theresa May and her husband Philip smile from the steps of her official residence,10 Downing Street in London, yesterday. David Cameron stepped down earlier in the day after six years as prime minister. 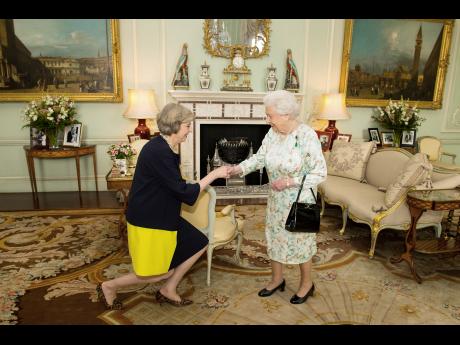 AP
Queen Elizabeth II welcomes Theresa May (left) at the start of an audience in Buckingham Palace in London yesterday, where she invited the former home secretary to become prime minister and form a new government. David Cameron had resigned the post in an earlier meeting with the Queen. 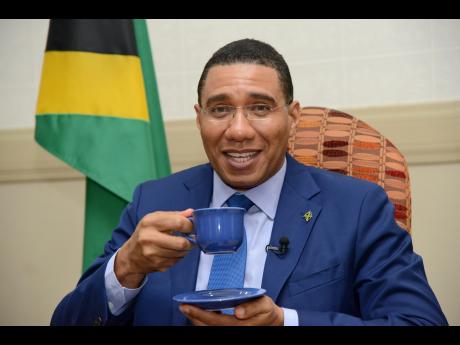 Jamaica's senior political leaders have congratulated Theresa May, the new prime minister of the United Kingdom who will have to grapple with the uncertainties of that nation's June vote to leave the European Union (EU).

Noting the "enormity of the assignment", Prime Minister Andrew Holness, said in a letter to May that her appointment as leader of the Conservative Party and prime minister "is a testament to the high level of competence and commitment she has displayed throughout her years of service to the United Kingdom".

"Jamaica and the United Kingdom have enjoyed a mutually beneficial relationship built on strong historical links and close bonds of friendship and co-operation," Holness said.

"I look forward to the strengthening of these ties during your tenure in the interest of both our peoples."

Added Simpson Miller: "Her parliamentary colleagues in the Conservative Party have demonstrated their faith in her capacity to lead the people of the United Kingdom in responding adequately and suitably to those challenges and opportunities at this time."

May, 59, the second female prime minister after Margaret Thatcher (1979-1990), served as home secretary in the administration of David Cameron, whose premiership is the latest casualty in the political turmoil unravelling in the UK over the British vote to leave the EU (Brexit).

"It has been the greatest honour of my life to serve our country as prime minister over these last six years, and to serve as leader of my party for almost 11 years," Cameron, 49, said outside 10 Downing Street, accompanied by his wife Samantha and three children.

His last session in the House of Commons culminated in loud applause and a standing ovation from his Conservative colleagues.

"I was the future once," Cameron quipped as he left office.

But that future now belongs to May, and it involves instability, uncertainty and tough wrangling over Britain's departure from the European Union which she must now negotiate.

"Following the referendum, we face a time of great national change," May said outside her new Downing Street home after accepting the invitation of the Queen to form the new government.

"And I know because we're Great Britain we will rise to the challenge.

"As we leave the European Union we will forge a bold new positive role for ourselves in the world and we will make Britain a country that works not for a privileged few, but for every one of us," she said.