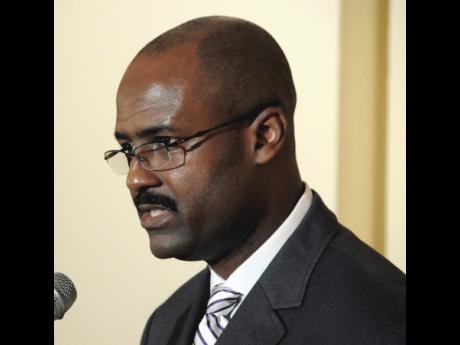 One of Jamaica's most hard-hitting commissions of Parliament - the Office of the Contractor General (OCG) - is reportedly struggling to keep its daily operations going.

The agency has indicated that it is currently operating on a shoestring budget and needs more resources to acquire goods, provide services, and train staff.

The contract oversight body, which monitors an average of 1,000 government contracts annually, says over the last few years, it has been struggling to pay increased rental and maintenance costs and to pay suppliers of goods and services.

"The warrant has been often insufficient over the last few years, and I refer to our ability to pay suppliers on a regular basis," Contractor General Dirk Harrison told members of Parliament's Public Administration and Appropriations Committee yesterday.

"Oftentimes, we have to seek to find the best way to pay suppliers, and unfortunately, it cannot be done on time every month."

Harrison said the rental cost represents 12 per cent of the OCG's budget in respect of payment to the Planning Institute of Jamaica, which is the oversight body's landlord.

Stressing that the agency is strapped for cash, Harrison said the OCG is in dire need of a greater allocation to meet the requirements for travelling.

He said the agency monitors, on a daily basis, the acquisition of goods and services and visits sites in respect of works.

"That is an area that we need to improve upon because it is something that is driven by our investigations, and also monitoring. The office would be almost negligent if we said because of the absence of gas in a vehicle, we are unable to investigate."

On the question of overseas travel, the OCG has been allocated $1 million annually for the last five years.

Harrison said the OCG has already attended two United Nations (UN) conferences on corruption this year. He said the country is required to attend these conferences as it is a signatory to the UN Convention.

Commenting on legal costs, Harrison said the agency now has a large bill of $7 million, noting that arrangements have had to be made to pay legal fees to the attorney who represented the OCG on an incremental basis.

He said the OCG, in a Court of Appeal decision, was ordered to pay the costs in the matter of the Contractor General V Cenitech Engineering Solutions Jamaica Limited.

The amount to be paid has not yet been determined by the courts.

At the same time, the OCG is to be awarded court costs from two cases, namely, Dwight Reid et al V Greg Christie and Danville Walker V The Contractor General.

The OCG says the monetary awards combined amount to little more than $8 million.

Harrison said an additional award is expected from the Contractor General V the Director of Public Prosecutions case.

However, the head of the contract oversight body argues that costs that have been awarded to the OCG are placed in the Consolidated Fund, and the agency does not have access to the funds until a supplementary estimates of expenditure is passed by Parliament.

The approved budget of the OCG for the current financial year is $284.2 million, comprising $267 million for recurrent (housekeeping) expenditure.