Jamaican migrants expected to lose desire to study in UK 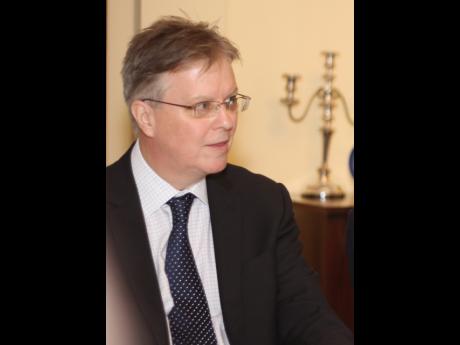 At least one expertnin overseas tertiary education is foreseeing a decline in the number of students wanting to study in the United Kingdom (UK) should Prime Minister Theresa May's plan to expel foreign students from the country after their studies be realised.

May, in her role as home secretary during David Cameron's administration, tabled a Statement of Changes in Immigration Rules in the British House of Commons last year that would force non-European Union students to leave the country after completing their studies.

They will only be allowed to work after applying for a work visa outside of the country.

May replaced Cameron after his resignation as prime minister in the aftermath of Brexit - the British vote to leave the EU.

Nicole McLaren-Campbell, founder of AIM Educational Services, an organisation in

St Andrew that helps students from all over the world connect with top colleges in the United States, Canada and the UK, said gaining some sort of work experience overseas was a preferred choice for many of her clients.

"I don't have the concrete data; I'm only going to give you facts from the students who I see. The idea is if the student can get some work experience overseas after completing their studies, that's usually preferred. I think that with Prime Minister May's stance, you are definitely going to see a decrease in the attractiveness to study in the UK," she told The Gleaner.

"Even in the US, students are given optional practical training (OPT), where you do get a chance, right after your degree, to remain for at least a year to work, and if you make a good impression, depending on your field, especially in science and technology, then that can turn into a green card at some point," McLaren-Campbell said.

But commenting on the issue, British high commissioner to Jamaica, David Fitton, said the UK government will always value and provide a quality learning environment for international students.

"University students are permitted to undertake part-time work during their studies and can apply from within the UK if they wish to extend their Tier-4 visa after completing their course, or switch into skilled work after their studies, with no limit on numbers."

The high commissioner also indicated that he does not foresee any major impact on the relationship that currently exists between the UK and Jamaica.

"I don't foresee a change in the number of Jamaicans studying in the UK. We are home to 18 of the world's top 100 universities, and four of the top 10. In a few weeks, we will be sending a number of Jamaicans who have been awarded Chevening Scholars off to study for master's degrees," Fitton told The Gleaner.

"The UK will continue to be a significant partner to Jamaica and the Caribbean. We look forward to strengthening that relationship. Over the next few months, we hope to announce several new programmes linked to Jamaica's development," he said.

McLaren-Campbell, on the other hand, said she believed there would be an influx of students resorting to universities in Canada and the US.

"There are three countries the majority of Jamaican students tend to go - Canada, the UK and the United States," she said.

"Most undergraduate students tend to select the US because they are the most generous in financial aid for foreign students. However, a lot of master's-level students who come to AIM are looking to the UK and Canada just because it's cheaper and there is a lot more funding actually at the graduate level in the UK than at the undergraduate level," she said.