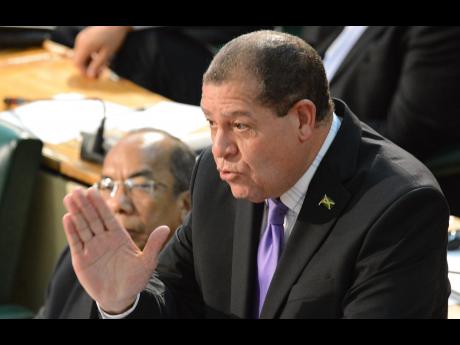 The Andrew Holness administration will begin talks with officials from the International Monetary Fund (IMF) today as the Government seeks to hammer out a successor agreement to the current extended fund facility (EFF) which is expected to come to an end in March 2017.

Finance and the Public Service Minister Audley Shaw, in a statement to Parliament yesterday, said the Government has no plans at this time to pursue another EFF programme with the IMF.

"We do not necessarily need the EFF programme in precisely the way (it has been under the current arrangement) in part because our foreign exchange reserves situation is fairly healthy and fairly consistent, but beyond that, there are various options ... such as standby liquidity support options that will be available."

He said the Government would look at the options placed on the table by the IMF and have dialogue with central bank officials, as well as other stakeholders such as the Economic Programme Oversight Committee before arriving at a conclusion.

Shaw's comments come against the background of a non-deal investor roadshow in Europe and the United States where he and Bank of Jamaica Governor Brian Wynter and now-retired Financial Secretary Devon Rowe held discussions with large investors and fund managers.

While on the roadshow, the finance minister provided an update to fund managers and Jamaican investors of developments in the economy and outlined the macroeconomic and fiscal policies for the current financial year.

In the first leg of the non-deal roadshow, which took place in Los Angeles, New York, and Boston, from June 20 to 24, the Jamaican team engaged 33 fund managers and investment bankers.

During the European leg of the tour, Shaw and his delegation held talks with 24 fund managers and investment bankers.