Bunting not shocked at Blythe's decision to challenge Simpson Miller 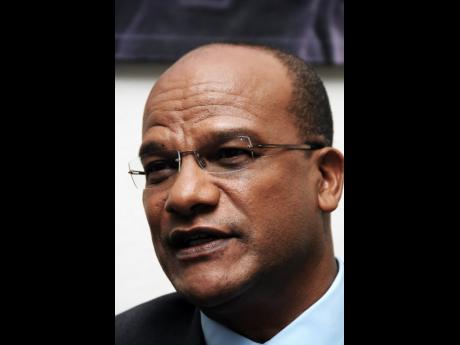 Former National Security Minister and Member of Parliament for Manchester Central Peter Bunting has refused to take sides in the People's National Party's (PNP) presidential race and has said that he is not shocked at Karl Blythe's decision to challenge Simpson Miller.

"I wasn't expecting it. I know Karl fairly well, [and] one thing I know, he is not always predictable. Having seen and heard him at the NEC (National Executive Council), I can't say I am shocked, but I had not expected it," Bunting said at a Rotary Club of Downtown Kingston luncheon, held yesterday at the Four Seasons Hotel in Kingston.

Blythe, a former party vice-president, had indicated at a PNP NEC meeting in June his desire for Simpson Miller to set a "step down" date.

Now, he and Simpson Miller are the only two nominated party members for the top job.

Bunting said his position not to contest the post remained the same right up until the close-off time for nominations despite Blythe's "bold" move. He also declared that he would not join the campaign of either Simpson Miller or Blythe.

"It would have been sort of opportunistic, having already stated reasons why I had decided that now was not the time to go forward, to then use this as some sort of excuse to jump into the race. When the time comes to participate in a campaign, I will, but for the time being, I am not planning to actively participate in a campaign. There is a lot of work to be done. It's not just sitting around, waiting for a particular office to change for renewal to take place," he said.