No personal attack on candidates 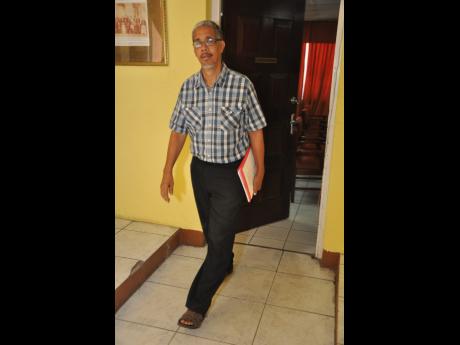 People's National Party (PNP) aspirants seeking election to the posts of president and vice-presidents have been told to desist from attacking any candidate, their teams, or supporters as the party prepares for internal elections to be held on Saturday, September 17, at the National Arena.

The rule, the first of nine issued by the party yesterday to all leadership aspirants, is followed by a warning to "refrain from seeking any votes by threat, bribery, other improper means, or inducements ... ." and it comes from the office of General Secretary Paul Burke.

In an interview yesterday with The Gleaner, Burke said the elections would be handled by an internal team of PNP leaders, which has already been approved by the party's executive.

"Right now it's the PNP internal team. There is an election logistics and management committee comprising Anthony Hylton, A.J. Nicholson, Julian Robinson, Luther Buchanan, and Wensworth Skeffery. That's what I have proposed to the executive, and that has been accepted. So they are now to take charge of the process," Burke explained.

Incumbent Portia Simpson Miller and Dr Karl Blythe are to challenge for the post of president. The party's secretariat may not have been shocked by Blythe's entry into the fray after several years of political dormancy. Burke said Blythe requested a nomination form days before.

"Comrade Blythe requested a nomination form from Friday (July 15), which was sent to him," is all Burke would say on the issue.

Burke himself has no hands-on role in the process and explains why.

"I don't believe I should be directly involved, and especially for total transparency, in the process," Burke said, given that his wife, Angela, an incumbent, is seeking re-election.

Hanna, one of the vice-presidential aspirants, brought a motion to the National Executive Council of the party for Burke to be removed as general secretary. The motion was later withdrawn.

Burke said he made the proposal for the election team not to be involved in the management of any internal elections more than a year ago.

To be properly nominated, the candidate's application form must be accompanied by the names and signatures of 12 registered party members. For nomination to be complete, the names of the members accompanying the nomination must be checked and verified, according to Burke.

"That has been verified for all the nominees," he told The Gleaner.

Meanwhile, the candidates have been urged to

- Maintain an accurate record of all campaign funds received to ensure that they have not been provided by tainted sources and to account for the expenditures incurred within seven days of the election.

- Accept the agreed procedures for compiling the voters' list and protect the integrity of the electoral process.

- Submit all complaints or protests in writing to or through the general secretary to be available where and when required.

- Accept results when they are declared.

- Take all possible measures to ensure that supporters and team members comply with the guidelines.

- Publicly denounce and repudiate any breach of guidelines.