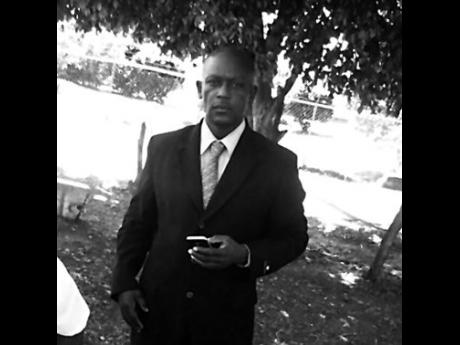 The Kingston Central police division is mourning the loss of one of its sergeants who colleagues have credited with bringing in the most guns from the division.

Sergeant Dillon Davis, 47, is one of four persons who died in an early-morning, two-vehicle collision along Dyke Road, St Catherine, yesterday. The others are 18-year-old Theo McKenzie of a Greater Portmore address; 29-year-old Tameka Davis of 3 East, Greater Portmore, and another man known only as Marvin. A fifth person who was also injured in the crash has been admitted to hospital in critical condition.

According to DSP Wint, attached to the Kingston Central Division, Davis was returning home from the CPL cricket match at Sabina Park, in a Honda CRV. Reports from the Caymanas Police indicate that McKenzie was speeding in a Toyota Yaris, along with his passengers Tameka Davis, Marvin and the other man when he tried to overtake another vehicle, but instead ran head-on into Davis' CRV. His vehicle flipped onto the CRV and it pinned him down.

"You can see the impression that he was trying to take away himself from the accident with the oncoming vehicle but because of the rail, he couldn't go further so the vehicle just slammed into the front and flip over," said DSP Wint.

Passengers had to be cut from the mangled vehicles by the Spanish Town and Portmore fire departments.

When The Gleaner arrived on scene at the Kingston Central Police Station yesterday, dismay and gloom was etched on the faces of the officers there. One of his colleagues described him as a well-respected and jovial person.

"Sergeant Davis was a committed officer, very committed; and he liked danger. Anywhere the gunman deh, him guh sniff him out; and he is one of the officers that has found the most gun inna Kingston Central and apprehended the most wanted down here," she pointed out.

"That is how he operated - never say no, always willing to go the extra mile."

This crash brings the number of road fatalities this year up to 219.