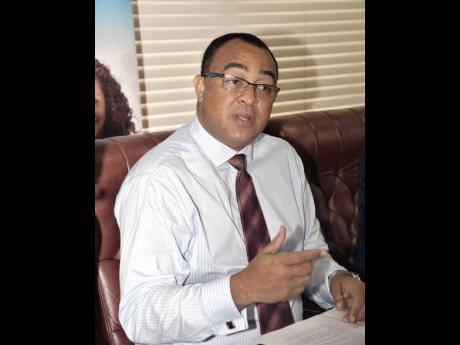 Hope is coming for thousands of Jamaicans waiting for months, and sometimes years, for surgeries in the island's public health sector. With some patients now being given dates of 2018 and 2019 for well-needed surgical procedures, Health Minister Dr Christopher Tufton, is moving to fix this.

Following his return from Cuba last week after a successful recruiting mission which resulted in 140 specialist nurses committing to join the Jamaican health sector, Tufton told The Sunday Gleaner that a conversation has started on reducing the long wait for surgeries, and he will devote his energy to make it work.

"It cannot be that we use the operating theatres like the courts, where you start at 9 a.m. and close at 4:30 p.m. We will not be able to operate 24 hours, but surely, we must be able to open the theatres for a second round of surgeries during the nights.

"It can't be that a woman needing surgery to remove fibroids has to wait three years, during which she develops complications," said Tufton.

According to Tufton, he raised the issue with the Association of Surgeons of Jamaica about two months ago, and again last week.

"The truth is that it's hard for someone to be waiting three years for elective surgery for hernia. Some people are dying before they get surgery, so we have to try and do better, and reducing waiting time is a core part of my mandate."

If Tufton succeeds, this will be welcomed by thousands of Jamaicans experiencing a frustrating wait for surgeries, especially at the Kingston Public Hospital (KPH), where, in 2014, patients needing elective surgeries were given 2017 dates for the procedure to be done.

According to Tufton, it is now time to implement working plans for the public health sector as the time for announcements is now over.

"It is going to take a lot of discussion, planning, and operation. I have the highest respect for our professionals in the sector. God knows they work long and hard under trying circumstances for years. I know that. And we can't pay for that, but if it takes bringing in complete teams, including surgeons, assistants and specialists nurses to take over when our teams have finished. That's the thinking. That's where my head space is," said Tufton.

"Where our professionals have exhausted their capacity, we may need to complement that with full teams of surgeons and assistants and complete support staff to come on a temporary basis to help clear the backlog. That was part of the discussion in Cuba, and it went well."

Tufton's plan has been endorsed by his opposition counterpart, Horace Dalley, but he has warned that it could be difficult to implement.

According to Dalley, he is in full support of any effort that will reduce the backlog for surgeries in the public health sector.

"When I was asked to go to the health ministry, I found operating theatre was out for five years because the air conditioning was not working. It's a great idea, but there may be challenges making it operational," Dalley told The Sunday Gleaner.

In the meantime, Tufton told our news team that his recruitment drive in Cuba yielded more than 100 health professionals, and a significant number of them will be operating from rural Jamaica.

According to Tufton, urban hospitals such as KPH are bombarded with surgery requests because of a shortage of the required medical professionals in rural Jamaica.

"A large number of those dependent on hospitals like KPH are, in fact, from the rural areas. If we had the surgeons and the accompanying staff, we would be able to take some of the backlog off KPH. That is also a big part of the plan."

According to Tufton, the recruitment drive was necessary as Jamaica had only 143 of the 240 specialist nurses needed.