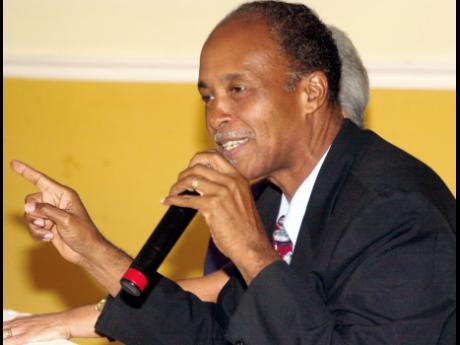 Pushing for "renewal and deepening democracy" in the People's National Party, nominee for the post of president Dr Karl Blythe has penned a letter to thousands of delegates of the party seeking their support as he pledges to restore democracy to the 78-year-old institution.

"I hope it is clear to all Comrades that this is not about me seeking to promote myself, but simply answering a call to protect the democracy within our party," Blythe asserted.

"I, therefore, call upon all Comrades (locally and in the diaspora), especially the delegates who may already be supporting the Comrade they believe is best suited to carry through the renewal process, to cast their vote for me as interim president," the former vice-president of the party declared.

Blythe told the delegates that it had become necessary for him to challenge for the leadership of the party owing to the "rapid decline in the democracy within the party, resulting in Comrades who dare to have a different point of view from that of the leader being subjected to intimidation, verbal abuse, social media abuse, and victimisation".

According to Blythe, his mission to become interim president is to create the atmosphere within the party to bring about what he describes as much-needed renewal. This, he said, would allow "Comrades to once again feel free to express themselves in any forum of the party and be heard, respected, and not be subjected to any form of abuse".

Blythe made it clear that as interim president, he would invite "the Comrades who are truly interested in leading the party and taking it forward into the renewal process to come together, take to the road, consult and discuss their plans for moving forward".

The party has the option of holding a special delegates conference for the election or to have a run-off at the annual conference.

At that time, Simpson Miller was challenged by Peter Phillips and Omar Davies.