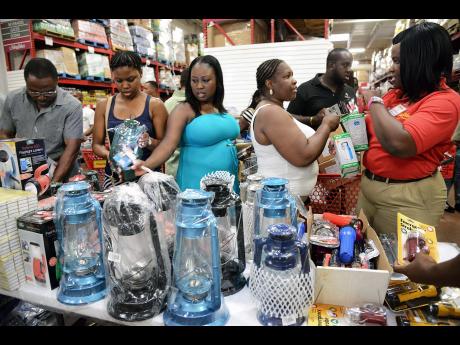 Rudolph Brown
Shoppers at MegaMart in St Andrew stock up with items ahead of severe weather conditions expected to begin impacting the island yesterday evening. 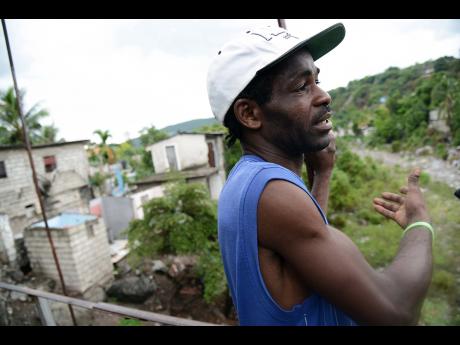 Rudolph Brown
Rohan Wright, a resident of Kintyre, speaks about the readiness of his community. 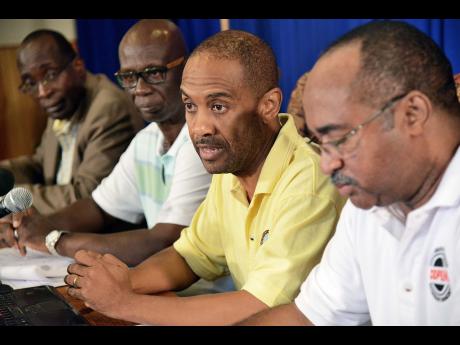 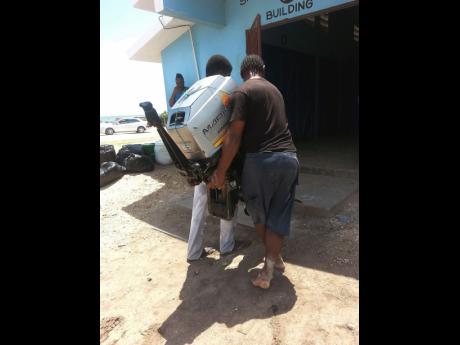 With Jamaica starting to feel the effects of a weather system that could develop into Tropical Storm Earl, some business operators yesterday reported a significant increase in demand for emergency supplies, while residents of one flood-prone community have resurrected their cry about their vulnerabilities.

Up to eight o'clock last night, the Meteorological Service of Jamaica reported that the country, under a tropical storm warning, could begin experiencing storm-like conditions "in 36 hours or less, possible sustained wind speeds of 34-63 knots or 63-118 km/h,".

Heavy rains, thunderstorms and gusty winds, which have been affecting sections of the island, are expected to continue through tomorrow.

Already six deaths in the Dominican Republic have been linked to the effects of the system, which Jamaican authorities say will see southern parishes "more severely impacted".

The Government has activated the National Emergency Control Centre and yesterday Local Government Minister Desmond McKenzie urged Jamaicans, especially those in flood-prone areas, to heed all the cautions issued to them and make use of shelters that are now open.

"I normally shop at MegaMart. But knowing that there is the impending storm, there's just a few things I decided to come and get - some more water and some tin foods," Chike Verwey 34, a Kingston resident, told The Gleaner at the wholesale facility in the afternoon.

Nisheka Carr, a supervisor at MegaMart, said the store has ordered more supplies people normally purchase at times of emergency, such as lamps and water.

Meanwhile, Rohan Wright, from Kintyre, eastern St Andrew, said he was concerned about some of the houses in the area that are dangerously perched on hillsides and the impact of the impending tropical storm.

He also expressed scepticism about the warning, which he said has come about "suddenly".

"Mi nuh prepare nothing, you know, fi tell yuh the truth. Mi just feel like is a money-making ting in a di system," he told The Gleaner, while pointing to some of the houses on the banks of the Hope River.

"Poor people nuh have nuh money fi all these tings. Fi guh ply (board) back up window, buy grocery and buy out supermarket."

Wright also pointed to an iron footbridge that links Tavern with Kintyre, which he urged the authorities to check.

Kintyre is among 58 vulnerable communities across six southern parishes where McKenzie said residents should be extra cautious and evacuate when ordered, given their history of flooding.

"There's a tendency in most of these communities (flood prone areas) for persons to want to sit it out and to wait and see, and these flood-prone areas are known. If persons need transportation, those arrangements will be made. The Jamaica Urban Transit Company will be on board," McKenzie said during a joint press conference yesterday involving the Office of Disaster Preparedness and Emergency Management and the Meteorological Service of Jamaica.

Mayor of Port Antonio, Wayne McKenzie, yesterday issued a stern warning to persons living in low-lying and flood-prone areas of Portland to evacuate ahead of the impending severe weather conditions.

"Those living on river banks and occupying lands at informal settlements should evacuate," he said.

His call came as Jamaica Defence Force Coast Guard personnel launched a late-evening search for two fishermen who had reportedly gone missing off the coast of Portland.

In Rocky Point, Clarendon, Hubert Adams, a fisherman, told The Gleaner that his colleagues have heeded the call of the authorities to return to land and await further notifications on the strengthening weather system.

Evan Thompson, head of the Meteorological Service of Jamaica, warned that all fisherfolk should be in harbour, adding that "it is almost a sure deal that there will be some tropical storm conditions that will be experienced by the island in some way or other".

Meanwhile, acting chief medical officer, Dr Winston De La Haye, has advised that hospitals have been ordered to release patients to meet the criteria under the emergency protocols.

Two hundred and fifty million dollars, set aside for emergency situations, is being used to fund Jamaica's response, according to the local government minister, who also announced that "mass events" scheduled up to tomorrow have been postponed.

The Jamaica Constabulary Force said its members "will be deployed in sufficient numbers to assist members".