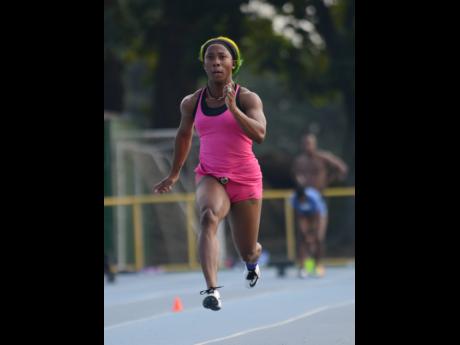 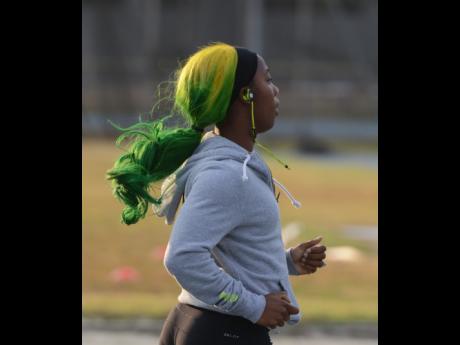 It's not very often that Shelly-Ann Fraser-Pryce enters a major championship as the underdog.

There was that time in 2011 at the World Championships when American Carmelita Jeter had all the hype going into the event and, of course, in 2008 when the unknown Fraser-Pryce shocked the world and won her first Olympic gold medal in Beijing.

Eight years later at another Olympic Games, the 'Pocket Rocket' again finds herself as the underdog going into a major championship, with many expecting to see someone else at the top of the podium when the 100m medals are being presented.

At least one person thinks this will serve her well, as she looks to create history and become the first athlete to win three 100m Olympic gold medals, with her coach Stephen Francis backing the sprinter to use the doubts to push her campaign and again show her class.

Fraser-Pryce has struggled all year with a toe injury and has seen the likes of fellow Jamaican and clubmate Elaine Thompson, as well as Dafne Schippers from The Netherlands, stake strong claims to her title.

Seven women have gone faster than her lone sub-11-second clocking of 10.93 this year, while six of those have dipped below 11 seconds at least twice already this season.

Nonetheless, Francis, who shared that the seven-time world champion has improved significantly since securing her Olympic spot at the National Senior Championships last month, is certain she will be as good as ever in Rio and thinks her underdog status will actually be to her benefit.

"Being the underdog this time around, I think it will allow her to focus more on her technique and form, and when she does that, she is usually very hard to beat," Francis told The Gleaner.

"It is uncharacteristic of her, but I think she lost her way out of frustration and not being used to things going that badly. I don't think she believed she would have made the team, but now that she has made it, she is fast approaching where she needs to be. She has improved a great deal. Her times have dropped significantly and she will be a serious contender to win again," he added.

Since competing at the National Championships, Fraser-Pryce has registered times of 11.25, 11.03 and 11.06 at meets in Italy and London.

Francis was expecting her to go faster in London, but took heart from her performance.

"The improvements in her training have been massive to the point where I was a little disappointed in London, even though we were only supposed to work on her start. Her improvement is such that this London race, even though she was fatigued and so on, but come August 12 (Olympic 100m heat), I think she will be as good as she as ever been," said Francis.

"She has been training in sneakers all year, while everyone else was in spikes. Up to the trials, she had done some starts in sneakers twice, so even though you are telling her that there was no problem in her performance, it was hard for her to be convinced.

"I think the trials convinced her that if she could go out and run like that, even though she did not start well and things weren't good, I think she convinced herself and felt that she could use the five weeks to get herself back in winning contention and I think that is what she has done," Francis said.