Independence reflections - What led the headlines: 1962-2012 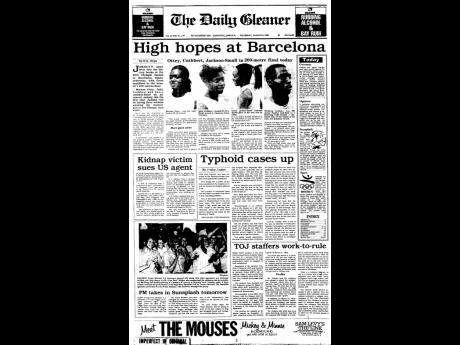 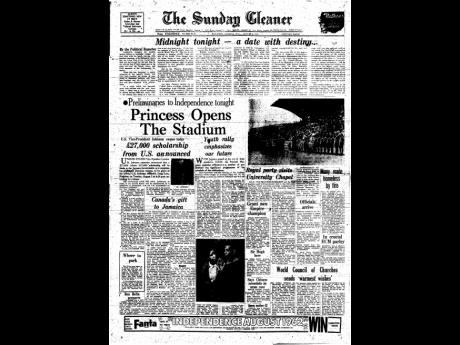 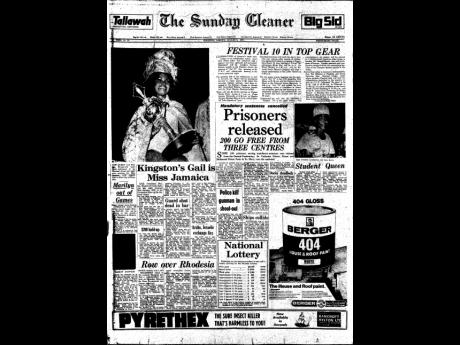 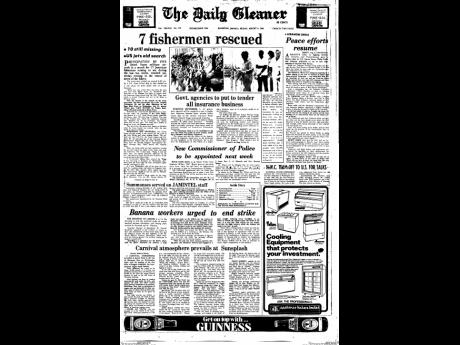 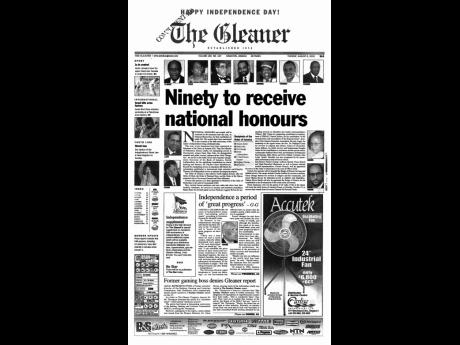 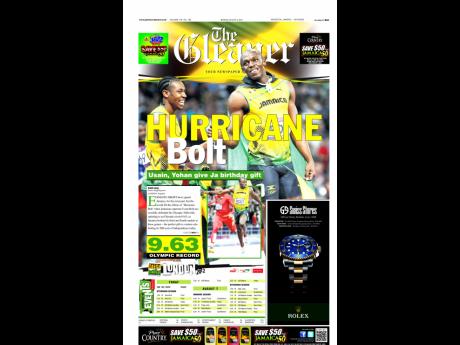 With Jamaica poised on the eve of Independence, HRH the Princess Margaret yesterday officiated at a number of preliminary but significant programmes in the schedule of celebrations.

Most important was the opening of the National Stadium, where tonight at midnight, there will be the flag-raising to mark the island's coming of age as a nation.

Some 200 prisoners serving mandatory sentences were released from the General Penitentiary, St Catherine District Prison and Richmond Prison Farm in St Mary over the weekend.

A warrant of pardon was issued by the governor general on Friday, authorising the director of prisons to release the prisoners. There was no announcement on the matter, but prison authorities confirmed that the prisoners were being released. The period for release was up to midnight last night.

Participation by five United States military aircraft in a search for 17 Jamaican fisherman missing at sea during the last two weeks resulted in the rescue of seven of the fishermen. The seven were picked up around 6.30 p.m. by a US Coast Guard ship as they drifted on a raft about 60 miles southwest of Grand Cayman.

"Weak but very much alive" was how the men who hail from Black River, St Elizabeth, were described to The Gleaner last night in reports from the Jamaican Coast Guard and the PIC. They were taken to Grand Cayman and are to be flown to Jamaica today.

Jamaica's name went into the history books at the 25th Olympic Games in Barcelona, Spain, yesterday, with three qualifiers in the women's 200 metres final. Merlene Ottey, Juliet Cuthbert and Grace Jackson-Small all advanced, making this the first time Jamaica will be having three athletes awaiting the starter's gun in any Olympic final event.

Ottey won her semi-final in 22.12 seconds, with Jackson-Small snatching fourth place in the same race in 22.58 seconds. Cuthbert, silver medallist in the 100 metres last Saturday, eased towards the finish line to settle for second place in the other semi-final won by American Gwen Torrence. Cuthbert clocked 21.75 seconds. The final will be run today at 11.25 a.m. local time.

National honours and awards will be conferred on 90 Jamaicans later this year, on National Heroes Day, for their contribution to public life. The awards have been announced on the occasion of the 40th anniversary of the nation's Independence being celebrated today.

This year, seven Jamaicans have been appointed as members of the Order of Jamaica (OJ). They are Member of Parliament Horace Clarke, for outstanding service in Government; actuary Daisy May Coke, for distinguished actuarial and public service; attorney-at-law Emil George, QC, for service in the fields of law and corporate management; Bank of Jamaica Governor Derick Latibeaudiere, for his significant contribution to central banking and finance; Dr Phyllis Claire Macpherson-Russell, for outstanding service to education; Bill Morris, for outstanding contribution to international trade unionism; and Kingsley Thomas, for distinguished service to national development projects.

Ernesto might have spared Jamaica, for the most part, but the world felt the effects of 'Hurricane Bolt' yesterday when Jamaican superstar Usain Bolt successfully defended his Olympic 100m title, sprinting to an Olympic record 9.63 seconds, as Jamaica booked its third and fourth medals at these Games - the perfect gift to a nation celebrating its 50th year of Independence today.

"It's wonderful, it's a wonderful feeling to give Jamaica a gold medal and defend my title, and I know that everybody is happy and tomorrow (today) when the national anthem is played, I think it will be even greater for all of us," said an elated Bolt after his race.

World Champion Yohan Blake equalled his personal best 9.75 to win the silver medal, ahead of American Justin Gatlin, who recorded a 9.79 clocking.