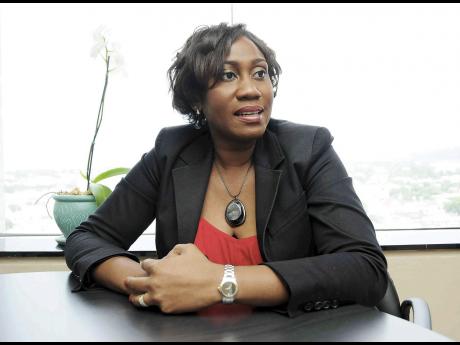 The Office of the Children Advocate (OCA) has expressed concern at news that a paediatrician who was deported from the United States, having been convicted of three counts of sexual battery, has since set up shop in Jamaica.

Following The Sunday Gleaner's exposé on the doctor, who lost his job, his medical licence and his freedom in the US after he pleaded no contest to sexual battery-familial on a 14-year-old girl, the OCA has warned that serious questions must be asked on how a man labelled a 'sexual predator' by the Florida Department of Law Enforcement has been treating children at a medical practice in the island for the past 16 years.

"This has highlighted an issue that we need to look into more seriously. There is no standardised process that mandates persons as a matter of course in an obligatory way to check (the history of persons applying for licences for businesses having to do with children)," said Children's Advocate Diahann Gordon Harrison.

According to Gordon Harrison, the fact that a number of years have elapsed since the doctor's offences were committed abroad and him having subsequently married the victim does not negate the fact that it is an issue that needs to be examined.

"We see it as falling within our purview, as in the Office of the Children Advocate, and we are pursuing certain steps that we can't discuss publicly in terms of enquiring further into the matter."

The Children's Advocate warned that unless specific regulations are put in place, sexual offenders could very well see Jamaica as a safe haven.

"It is a loophole that persons can take advantage of to the detriment of children and other vulnerable groups within our society," said Gordon Harrison.

"Because if the story is accurate as published, it says that this person is actually now working in a capacity where he sees children in his practice, and that has to be of concern. And this is something that I think really requires some attention from the appropriate entities."

Gordon Harrison said while some persons will do checks on people deported to the island before allowing them to work in certain areas and the authorities will monitor some persons of interest who are deported, there needs to be a standardised practice to ensure no one falls through the crack.

"It is certainly an area that requires more systematic and pointed review in terms of how we approach it, as there isn't a routine, consistent approach that is taken to all persons; anybody who is deported," said Gordon Harrison.

"And I think that we need to beef up on this if we are going to be serious about protecting in a very proactive way, looking at the preventative rather than the reactive."

The doctor's case is the second in the last two years that has called into question the due diligence being exercised by bodies established to license and regulate persons establishing medical practices locally.

Last October, The Sunday Gleaner also reported that an American dentist, whose licence to practise was revoked in the United States after at least three incidents, was operating locally.

That dentist, Dr Stephen Kaufman, had been arrested and charged in the US with reckless endangerment, driving under the influence of alcohol, and violation of implied consent.