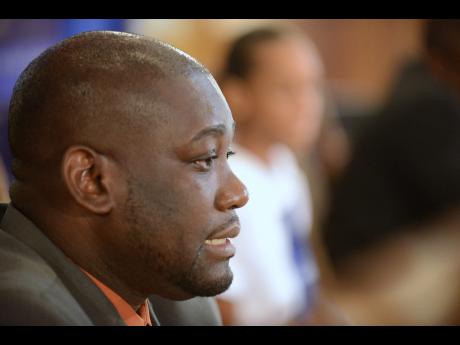 Rudolph Brown
Greig Smith: "Our concern would be general as anyone ... committed an offence against a child and then ... having access to children.”

Persons convicted of sexual crimes overseas and deported to Jamaica could be working in our schools, hospitals and children's homes as there is no system in place to track them once they return to the island.

Provisions are in place under the Sexual Offences Act for a Sex Offenders Registry but this does not cover deportees who might have abused children in foreign lands.

"Our concern would be the same as anyone else, that persons who would have, whether in our own jurisdiction or abroad, committed an offence against a child and then having that individual operating in Jamaica and having access to children," said Greig Smith, registrar at the Office of the Children's Registry (OCR).

"I think the Children's Advocate office would need to pilot efforts to ensure proper legislation is put in place to protect our nation's children. So whether it is that background checks need to done by various associations in a education field, a medical field, wherever it is, once you are going to be working with children.

"We just need to strengthen our legislation to ensure that all the persons applying for licences for businesses having to do with children that we do background checks from their former jurisdictions where they are coming from," added Smith.

He noted that entities in other jurisdictions have written to the OCR to inquire if Jamaicans who would have migrated and are seeking to become foster parents have ever been implicated in the abuse of children.

"So maybe it is the same route that we need to go, especially when persons are going to be applying for licences that will take their duty into dealing with children," said Smith.

The issue of persons deported to the island after being convicted of sexual offences in other jurisdictions came into sharp focus last week when The Sunday Gleaner reported that a paediatrician who was deported from the United States, having been convicted of three counts of sexual battery, has continued his medical practice locally.

Head of the local Deportee Assistance Unit, Dr Jephthah Ford, last week argued that the doctor, having paid for his crime, which was to have had sex with a 14-year-old when he was 31, could be allowed to practise locally.

According to Ford, while he has no problem with the Medical Council of Jamaica granting an operating licence to Dr George Miller, he is concerned that having been labelled a sexual predator for his crime in the US, the doctor is working with children locally.

"One of them is that you do not work with children, so he would be prefect as a doctor in the prison services. What I disagree with is him being relicensed as a paediatrician; he should not be allowed to work with children."

Deputy Commissioner of Police Glenmore Hines highlighted that local law enforcement is made aware of the reasons why persons are deported, and if someone is deemed to be a threat to the public, they would be monitored.

Hines said the police would support further legislative changes that could aid the police in monitoring deportees, including those who would have committed sexual offences against children, but in the interim he is encouraging prospective employers to do security checks.

"Persons who are employing persons in these areas (where they would have to work with children) must in fact do their due-diligence search," said Hines.