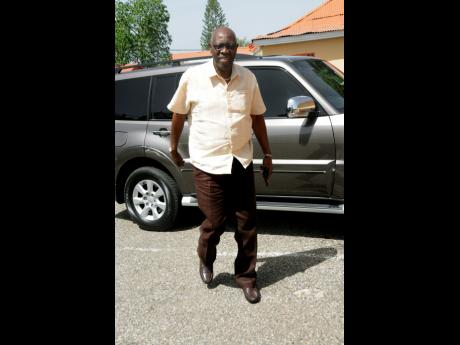 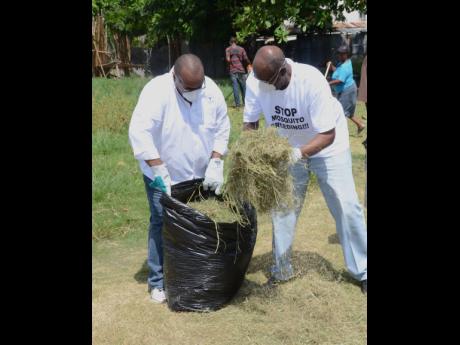 Dr Fenton Ferguson was given very little hope to retain his Eastern St Thomas seat in the February 2016 general election, but he did, and with the largest margin of victory since he first became member of parliament.

He was heavily scrutinised and criticised for comments made in the wake of the bacterial outbreak which killed several newborns in the island's public hospitals in the now infamous 'dead babies scandal'.

Before that, he was also criticised for his seeming silence as the island hobbled and groaned in pain from the mosquito borne chikungunya outbreak and was shifted from the Ministry of Health to the Ministry of Labour and Social Security within touching distance of the election date.

After years of waiting in the governance wings of the People's National Party (PNP) as parliamentary secretary and minister of state, he was appointed minister of health in 2012 under Prime Minister Portia Simpson Miller.

It was in this ministry that he created a massive political storm, taking the heat for almost everything that went wrong in the health sector.

But, few will remember that it was under his watch that the country started the first serious attack on smoking, when he pushed through legislation banning smoking in public spaces.

A dental surgeon by profession, he may have wilted in governance in the lead-up to the general election but politically he was crafty.

One of four vice-presidents in the Opposition PNP, Ferguson was the only survivor from the Dr Peter Phillips team after the 2006 failed presidential bid, the 2007 election loss, and Phillips' also unsuccessful presidential challenge in 2008.

The wily political veteran knows his future in the leadership of the PNP is in the hands of the delegates and he knows they are not easily fooled.

"They are bright. We don't give them the credit we should. But they know the people who mean the party and country well," said Ferguson in an interview on his bid to retain his post as vice-president.

"So while 'Chatty Boo' (his nickname for Delano Seiveright, the JLP candidate he defeated in the last general election) was running off his mouth, my political work never ceased," said Ferguson.

House-to-house contact with constituents, being accessible on the phones, keeping constituency office hours, meeting the immediate needs of constituents, attending party functions are part of the duties of the political representative, and the veteran politician proved he was up to the task.

"I was first elected in 2006, right after the change of leader. I felt at the time that having gone into Eastern St Thomas which from 1944 the JLP would have won on 10 occasions, while the PNP would have won it only once between 1976 and 1980.

"And, therefore, for us in the constituency and me as MP, the 1993, 1997, 2002 general elections, I would want to say that we have taken all those elections very seriously," said Ferguson.

He had to win more than former mayors, deputy mayors, councillors from the JLP in order to create his own base. He became regional chair for the PNP - St Thomas, Portland and St Mary - (Region 2) and won six out of seven seats in 2002.

Ferguson noted that although there have not been any election for the PNP vice-president posts in the last eight years, every year the positions become vacant and there are re-elections.

As a vice-president, he is a party officer, and Ferguson said this provides an opportunity for him to play a statesman role and, by virtue of neutrality, can come to any internal conversation with credibility.

"I believe that since 2006, when I came into the race, I have displayed that and more successfully," he declared.

For him, noise in the public space accounts for nothing as quiet persuasion is more important.

"Anyone who knows me will tell you that I am quiet at times, but I am fearless at officers' level. I am one of those officers who talk, and talk straight. I don't go around the corners. I am not someone who will go to the media and badmouth the party leader.

"That's not me. But I will tell, and I will say without fear, if I have something to say," declared Ferguson.

It is that fearlessness that has caused Ferguson to throw his hat in the ring once more.

"The work is done. The results are there. I am coming back to the delegates of the PNP once more, for a chance to continue working for the party."

'Nobody cares' - Residents of Willowfield, St Thomas, believe they have been abandoned
'Give pensioners interim dividend of $1,000 a month'
Let me teach you how to win! - After six election victories, Ferguson offers classes to young Comrades
Loyal to the core - Ferguson giving full backing to PNP president
More US jobs coming - American hospitality sector looking for 3,000 Jamaican workers