Cash Plus payout ... but not for investors 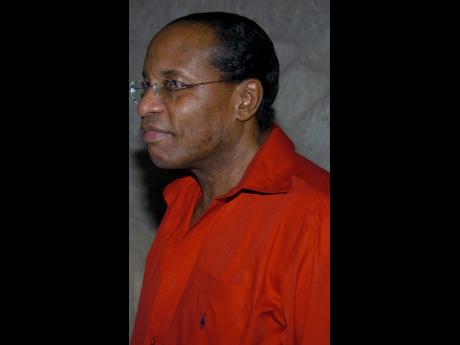 The State agency handling the liquidation of Cash Plus Limited, the unregulated investment scheme that went bankrupt nearly eight years ago, is in the process of paying out just under $50 million, but investors who lost billions of dollars will still have to wait.

The Office of the Government Trustee revealed yesterday that the money is being paid to former employees of Cash Plus who are owed outstanding salaries and statutory payments.

"A total of just over $49 million is outstanding and intended to be paid," Government Trustee Celia Barclay disclosed in an email to The Gleaner.

Barclay also acknowledged that the payments are being made from funds accumulated through the sale of Cash Plus assets.

Approximately 40,000 Cash Plus depositors are still owed close to $10 billion from the scheme, which began operations in 2003 with the promise of higher-than-normal interest rates.

Government insiders revealed that the Office of the Government Trustee did not advertise the payments because it wanted to avoid a rush on its New Kingston offices.

Instead, the agency has reached out to former Cash Plus executives to help identify former employees who are owed outstanding wages, sources told The Gleaner.

One depositor reacted angrily to news that employees are being given priority.

"Why employees must get money before me when a me put mi money in there?" the depositor questioned.

"Investors must be at the top of the pecking order. Mi waa mi money!" she insisted.

However, seeking to explain the decision to pay off former employees first, Barclay said there are legislative provisions that prescribe the order of priority for liquidation payments.

"Redundancy payments and outstanding wages and salaries are among the priority payments," she insisted.

The government trustee said payments to investors can only be made after all the priority payments are completed and appeal for patience.

"We cannot indicate a specific time frame at this time [when payments will be made to investors], but [we] are working towards doing so as soon as possible," Barclay said.

It has been a long wait and several unfulfilled promises for Cash Plus investors since the entity ceased operations in August 2008.

In October 2009, then Trustee in Bankruptcy Hugh Wildman sent expectations soaring when he revealed that his office had discovered US$25 million, or approximately J$2.2 billion, that founder of the scheme, Carlos Hill, and his brother, Bertram Hill, had tucked away in a Swiss bank in Dubai, in the United Arab Emirates.

"If we can get our hands on this money, the depositors of Cash Plus could have a merry Christmas," Wildman said then.

In March 2013, Hill indicated that he had secured US$75 million, which he intended to turn over to the Office of the Trustee in Bankruptcy for disbursement to investors.

None of those efforts yielded any results.

Hill is currently before the courts for fraudulently inducing persons to invest in the failed investment scheme.