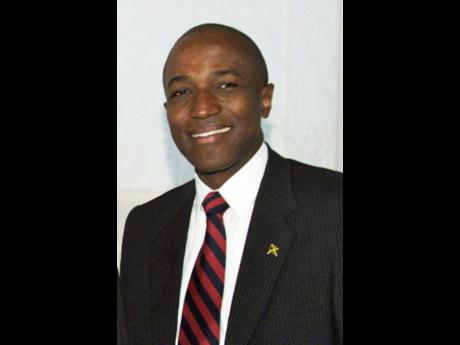 Jamaican defence lawyer Bert Samuels, however, stressed that yesterday's oral judgment issued by Belizean Chief Justice Kenneth Benjamin "is not binding on other Caribbean courts", adding, "it (judgment) is of persuasive value only".

The ruling came six years after Caleb Orozco, 42, a gay man, filed an application challenging Section 53 of the Belize Criminal Code, which calls for a 10-year prison term for "carnal intercourse against the order of nature".

The Belize attorney general has not indicated whether it will appeal.

Orozco, who heads the United Belize Advocacy Movement, argued that Section 53 breached his constitutional right to human dignity and privacy by criminalising and stigmatising consensual sexual activities between gay men, violating their right to give expression to their sexuality.

In agreeing, the judge reportedly ordered that the offending section be changed to exclude consenting sexual acts between adults of the same gender.

Benjamin also said that the court could not make a decision based on majority and public views, a reference to the strong public views held by Caribbean people against homosexuality, Breaking Belize News reported.

Church groups appeared in the case and had called for experts, including Jamaican HIV/AIDS researcher and professor, Brendan Bain, who ended up losing his job with the University of the West Indies (UWI), to present reasons why the law should be upheld.

Bain, who is suing the UWI, told The Gleaner that he would not comment on the ruling.

Benjamin agreed that removing the section would accelerate the fight against HIV, especially among men who have sex with men, who advocates argue, are stigmatised and refuse to participate in testing and treatment programmes.

Approximately 250,000 people live with HIV in the Caribbean, and while the total number of gay men in the region is not known, the UNAIDS says the prevalence rate among that group is about six per cent. Prevention, the UN says, is affected by socio-cultural and religious barriers.

In a press conference after the ruling, Orozco, who has documented his history of alleged abuse, said the sacrifices he made to bring the case were worth it.

"The people who feel the pain or who feel marginalised must step up and defend their ideals, otherwise nobody else will do it for you."

Meanwhile, Edward Greene, UN Special Envoy for HIV in the Caribbean, said she was delighted by the decision.

"It must give impetus to the Justice for All movement throughout the Caribbean, the struggle to dismantle all forms of stigma and discrimination, and the goal of elevating the principles of dignity and respect for all."

Dr Carolyn Gomes, executive director of the Caribbean Vulnerable Communities Coalition, said the judgment should mark "the beginning of the overturning of these archaic colonially imposed laws which, as the judgment says, do damage to the dignity, rights, and freedom of expressions of the gay community around the region".

Despite that, anti-gay lobbyists and church groups have resisted calls for changes, saying that there is an 'agenda' to impose homosexuality on the region.

"The judge has taken upon himself to rule in such a way that children will have to be taught that homosexuality is normal and same-sex marriage is normal when, as I said before, it is not normal," argued Dr Wayne West, the president of the Jamaica Coalition for a Healthy Society.