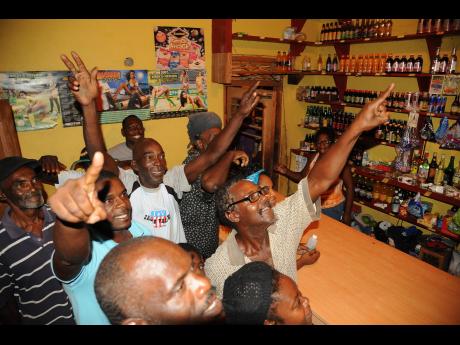 Residents of Sherwood Content, Usain Bolt's boyhood community cheer their hero on as he sprinted to a 9.81 seconds victory in the Men's 100m final at the Rio Olympics on Sunday. 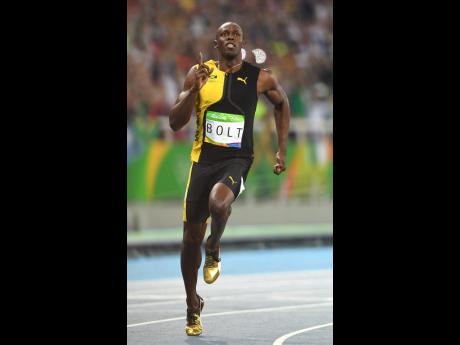 After watching Usain Bolt record-setting 100m win at the Rio Olympics, Sherwood Content residents were in joyful mood, even as the rain streamed down on the hilly rural community.

"There is no way he would have lost to Gatlin," one man who gave his name only as 'Foot' said after Bolt's magnificent run.

"You saw his determination there. He used that, he viewed his legacy and decided he would not lose. What a man. Sherwood born," added Foot, who relented while offering his name as Owen Barrett.

Bolt's family was nowhere to be seen and one person offered that they all jetted off to Brazil to watch the big man in action, but that did not spoil the fun, as a sizeable crowd gathered at Kurvan Corner Shop in anticipation of the big man's historic performance.

Bolt was winning a third consecutive Olympic 100m title. His first came in Beijing 2008, and he repeated the feat at the London Games in 2012 before arriving in Rio, where he sent his doubters into rapt silence with the win that no doubt cemented his legacy as the greatest sprinter of all times.

Said Ainsley Pottinger: "That win over Gatlin must be the most devastating of his career. Bolt made sure he has no more talking left. Bolt a de real big man. Legacy set."

Bolt will still have a chance to add to his superb legacy with the 200m and the 4x100m relays to come.