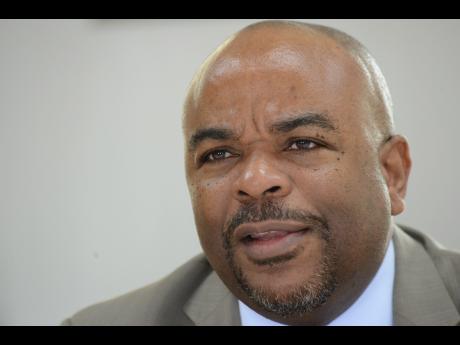 Commissioner of the Independent Commission of Investigations (INDECOM), Terrence Williams, has called for the hierarchy of the Mobile Reserve division of the Jamaica Constabulary Force (JCF) to step down and for the command of the unit be turned over to the Jamaica Defence Force (JDF) for an extended period - at least until the unit starts to develop responsible leadership.

The issue was raised during a Gleaner Editors' Forum held last week at the company's North Street offices in Kingston to discuss aspects of the recommendations contained in the report of the West Kingston Commission of Enquiry into a May 2010 police-military incursion.

Following the release of the report in June, it was revealed that the Mobile Reserve lacked many crucial resources and skills to effectively carry out operations, such as proper record keeping.

"That was the body which provided the police part of the operation. Further, you had a number of instances where senior officers of the Mobile Reserve, their evidence was inconsistent as to what transpired, leading perhaps to the commission having great doubt in relying on the word of the officers from the Mobile Reserve, which is not a good thing. The Mobile Reserve had officers and constables responding to the operation and made no proper record of who went where. That is so elementary," Williams told The Gleaner.

This arm of the force is considered a special military-type unit of the JCF, and Williams suggested that soldiers would do a better job at monitoring the unit.

"Superintendent Jones, for example, went out on operation with 40 policemen; you should know who the 40 are, so we know who went where. The JDF did that - (had records of) who went where and in what sector. You may recall earlier in the commission, they (the JCF) were saying things like, 'we gave you [the records] already' and things like, 'we'll give it to you now, we'll show you the books' and at the end, they finally said, 'OK we don't have it'," Williams said. He described that situation as "most egregious".

If the JDF takes over the Mobile Reserve, Williams is confident that the soldiers have the proper training to equip the unit with the necessary operational strength.

"It's an idea that I would love to see considered. I suspect the JDF will be able to do that. When we deal with the JDF and their records, we see proper records of who went where, who was dispatched, how many rounds of ammunition were used and returned. We see all of that, so we are hopeful that the JDF can provide that leadership," he concluded.