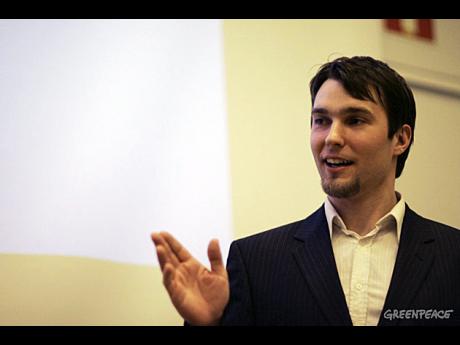 If the arguments of Greenpeace campaigner Lauri Myllyvirta are to be examined, fool's gold is how one can think of the promise of economic growth and jobs associated with the proposal from the Chinese to operate Alpart as an aluminium smelter powered by a coal-fired plant.

China's Jiuquan Iron and Steel Company (JISCO) has announced its intention to invest US$200 billion to upgrade the Alpart alumina plant in St Elizabeth, which it acquired from Russian-based UC RUSAL.

According to Myllyvirta, that investment might not yield the expected returns given the global downturn in the aluminium and steel markets.

"There is currently overcapacity in the world in aluminium production, so this kind of a project seems economically shaky," the representative of the Amsterdam-based environmental group told The Gleaner.

That overcapacity of which Myllyvirta speaks is being fuelled by the Chinese, according to the World Trade Organization (WTO).

The increases in overcapacity sent aluminium prices plunging on the global markets. The fall in prices and demand on the world markets eventually led to the closure of Alpart while it was in the hands of the Russians.

China is both the largest global consumer and producer of aluminium.

Even with planned reductions in aluminium capacity and increasing export of Chinese aluminium, China continues to have an excess supply of the commodity in its domestic and global markets, raising the question of how the smelter at Alpart will compete.

In a joint release last year, the US and Canadian aluminium associations expressed concerns that overproduction in China will continue unabated.

China's overcapacity in the aluminium and steel markets has also created trade tensions with a number of anti-dumping cases being brought against China by aluminium-producing countries.

The American, Canadian and European aluminium associations have lobbied against granting China market-economy status at the WTO until it addresses the problem of overcapacity.

The US-based Aluminium Association, in a letter to the Office of the Trade Representative earlier this year, said the overcapacity in China had resulted in "significant closures of aluminium smelters and production facilities in the United States and elsewhere, with the related loss of almost 3,500 jobs."

Since 2015, eight US smelters have ceased production.