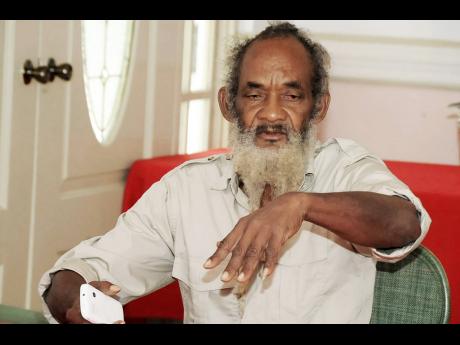 AFTER A mere one-year partnership arrangement with the world-renown High Times Magazine, the local-based group Rastafari In Inity (RII) will be taking full control of the 2016 staging of the annual ganja festival, Rastafari Rootzfest, which will be staged from December 9-11 in Negril.

"We are doing it with a total local flavour this year. High Times Magazine will not be a part of this year's staging," said Ras Iyah V, the CEO of RII and chairman of the Westmoreland Hemp and Ganja Farmers' Association. "This year, the event will be known as Rastafari Rootzfest Jamaica Ganja Cup."

Last year, local ganja interests were overshadowed by the way the event was structured. High Times, which provided the majority of the financing, wanted the fest to revolve primarily around its trademark 'World Cannabis Cup', which was previously staged in Holland and the United States.

"We are grateful for the role High Times played last year, but with the door now opening for a local ganja industry, we need to look at ways to sensitise and educate our people to get ready," said Ras Iyah V. "Our focus is geared towards unlocking economic opportunities for social and economic empowerment of Rastafari and other indigenous and grass-roots peoples.

"We want to bring greater awareness of the importance of ganja and other sacramental and medicinal herbs to Rastafari and other indigenous communities. We want to use the Rastafari Rootzfest to promote understanding of the Rastafari traditional use of marijuana as the ultimate balance between the spiritual and material advancement of humanity."

Last year's event, which was the first ganja-related event staged locally since the softening of the ganja laws - the amendments to Jamaica's Dangerous Drugs Act, which became law on April 15, 2015 - was an overwhelming success as it attracted scores of local and international ganja interests to include investors, smokers, and enthusiasts.

"For us, ganja is bigger than just smoking, and that is the message we want to get across. We want to look at the technology, the education, the business, the culture, and the whole economics of a viable ganja industry," Ras Iyah V said.

"We are envisioning up to 500 tourists coming to this event. We are also expecting as much as 20 booths from the United States and Canada," said Ras Iyah V. "We are expecting fruitful discussions on traditional and new cannabis cultivation techniques, as well as business forums and networking opportunities in cannabis and related industries."