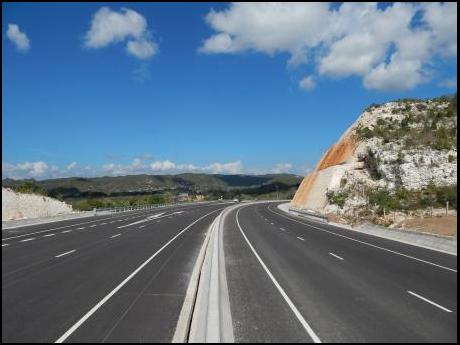 The initial rates had been discounted by 25 per cent, but Jamaica North-South Highway Company, operators of the highway, has now applied for them to be raised.

Only five months after the North-South Link of Highway 2000 was formally opened, with rates that had the public fuming, users are facing massive increases at the toll booth.

Those initial rates had been discounted by 25 per cent, but Jamaica North-South Highway Company, operators of the highway, has now applied for them to be raised.

The company has requested that road users be hit with the maximum charge that is allowable under the concession agreement that was signed in 2012.

If the rates, as proposed and published in a ministerial order by Mike Henry, stands, as of September 3, drivers of motor cars who use the entire stretch of the highway, which runs from Caymanas in St Catherine to Mamee Bay in St Ann, will be required to pay $1,360 to use the full stretch of the road.

The current toll rate for Class One vehicles using that road is $915.

Transport Minister Mike Henry said the request for an increase at this time was partly driven by the CPI, slippage in the value of the Jamaican dollar, and the fact that the projected traffic volume has not materialised.

According to Henry, the proposed rates reflect the maximum that can be charged at this time and provide an opportunity to continue dialogue with the developers.

Members of the public have five days within which to make submissions on the proposed rates.

Henry, in a media release yesterday, said he was pursuing a joint approach, which was needed to resolve some of the developing issues as the operation of the toll road unfolds.

These include access to security cameras, the timely repair of the landslip near Treadways, and breaches of the security fence near some communities.

He said these issues provide a strong basis for negotiations of rates which are affordable to road users, and he will continue to seek the very best for them.

Members of the public have five days within which to make submissions on the proposed rates.