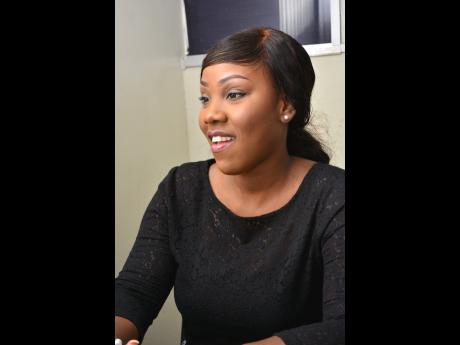 By age 26, Keisha Williams had completed her master's degree, looking to possibly pursue PhD studies. She instead decided to grab the opportunity to study law at the University of London and became the first Jamaican to achieve a first-class degree.

In an interview with The Gleaner, the young lady, who hails from Homestead in Spanish Town, St Catherine, said having overcome numerous hurdles, she is now propelled to go after her childhood dream of becoming a lawyer.

"This is my first attempt at doing law, but I have always wanted to become a lawyer. My first degree was in political science and international relations because I was told that student loan (tertiary lending institution) doesn't cover law, so I figured that a reading degree would somewhat prepare me. I then went on to do my master's in government," she said.

"I remember when my mom died in a traffic accident, it was my father who always said that because he couldn't afford a lawyer, the accident occurred and nothing much came from it. So from that time, something sparked in me and I decided that I wanted to do law," she continued.

The 30-year-old outlined that there were many obstacles on her journey that could have derailed her from pursuing her dream, however, despite having to work full time and study, she is determined to make sure that her purpose on Earth is fulfilled.

"It has been a winding road. I had little or no family support. My mother died when I was seven years old. She, along with my sister and myself, were on our way to Montego Bay and a trailer collided with the minibus we were travelling in. Both of them died and I survived," she recalled.

"I went to live with my father, but he, being like most Jamaican men, wasn't present at home and he was very abusive. I was very aware of my circumstances from very early and I told myself that I'm just going to bite the bullet for a little while till I get some CXCs (Caribbean Examinations Council), because I realise that education was my way out," Williams told The Gleaner.

"It was so abusive, both verbal and physical. I left home by the time I was 16 years old. I was practically homeless, just kotching with people who saw my plight here and there. I managed to go to sixth form, and it was a teacher of mine who recognised my potential and recommended that I get a scholarship. By the grace of God, I was able to leave sixth form at the top of my class," said the past student of the St Jago High School in St Catherine.

Williams said that it has always been a financial struggle since she started attending the University of the West Indies. She, however, gave credit to God, who, she said, has given her the courage to always attain high grades.

"At that time, I believed that getting a degree was the panacea of my goals. So I thought immediately after (degree), I would be able to get a job, but that didn't work out. When I was to start my master's, I only had $40,000. I, however, decided to go ahead, and, miraculously, because I had a very good GPA (grade point average), I was one out of four persons I think who got a scholarship," she said.

The law graduate, who is now an immigration programme clerk at the High Commission of Canada, said she is looking forward to great things as she moves forward.