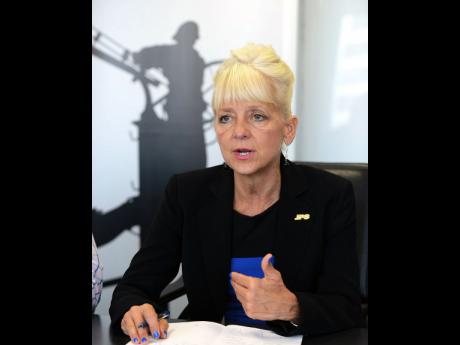 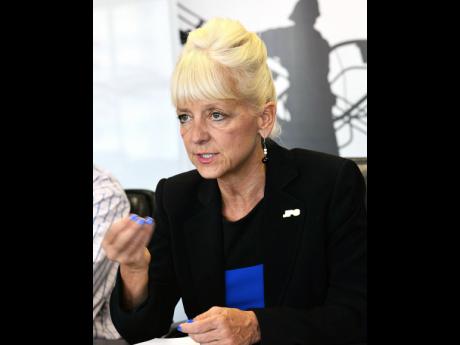 As investigations continue into the power outage that blanketed the entire island on Saturday evening, chief executive officer (CEO) of the Jamaica Public Service Company (JPS) Kelly Tomblin has promised to be open and transparent with the public about the findings of the probe.

"The only thing I know for sure is that the process was not followed one hundred per cent. I don't know completely why that resulted in a system-wide outage. That is what my team is working on today, and that is what we are going to continue to talk to the press about. We have nothing to hide," she said in an interview with The Gleaner yesterday.

Jamaica's sole power distribution company said the outage was caused by a "procedural error, which resulted in a number of generating units going off-line simultaneously".

In a release to the media, the electricity supplier said it has started its investigations and would provide further details on the cause of the outage today.

Minister of Science, Energy and Technology Dr Andrew Wheatley was swift in expressing displeasure with JPS because of the blackout.

"Let me categorically state that I am not at all happy with this latest incident and I find the inconvenience to the people of Jamaica and the many businesses affected totally unacceptable," he said in a statement.

Arguing that "islandwide power outages of this nature should not occur as there ought to be processes, procedures, and adequate redundancies in the grid to mitigate such a cascading set of events that would result in a catastrophic failure of this kind", Wheatley said that he has requested that JPS submit a preliminary report on the cause of the blackout to his office today and a full report by Thursday.

Tomblin indicated that she was having numerous meetings with her technical team and was in the process of preparing a preliminary report to be submitted to Wheatley.

The JPS CEO was forthright in shedding light on the nature of the "procedural error", which is believed to have caused the outage. She explained that the company's technical team was still working to put together a more fulsome analysis of the outage.

"We know there was an operational error, but that does not explain something else, which will take some time to figure out. It looks as though there was a technical procedure done on the Hunts Bay station that was not completed one hundred per cent according to process, but that should not have resulted in the collapse of the system, so we have to look to see if it's a design or engineering issue, but I don't want to jump the gun and give inaccurate information at this stage," she said.

In April, the country was also plunged into an islandwide power blackout. The light and power company later said that that outage was caused by problems because of work that was being done on two major power lines in the Three Miles area of Kingston.