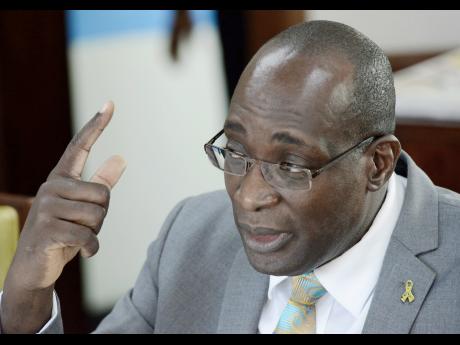 The Government is comprehensively reviewing the Overseas Examinations Commission (OEC) in the wake of the bungling that left 40 students of Penwood High without grades for six Caribbean Secondary Education Certificate (CSEC) subjects.

"We are reviewing the role of the OEC and its protocols," Dr Maurice Smith, permanent secretary in the Ministry of Education, told The Gleaner yesterday.

This is the first major review of the operations of the OEC, which was established in 1969 "for administering the overseas examinations taken by candidates in the Jamaica secondary education system".

"We're also reviewing the protocols that exist between the schools and the Caribbean Examinations Council (CXC) itself. All the operations are being reviewed," Smith added.

"We will stop at nothing to ensure that we provide the best educational services to our students. They are our most important stakeholders and we will do whatever we need to do to ensure that their best interest is preserved."

The permanent secretary said the review would be finished "momentarily", citing the impending start of the new school year and the need for the new protocols to be implemented.

Smith also said a decision from the CXC is expected 'soon' on whether it will award grades to the students.

Ronald Thwaites, opposition spokesman on education, has said he is concerned about the scale of review, questioning whether there are other issues with the OEC that the public is not being told about.

The review of the OEC, its relationship with public schools, the ministry and the CXC, has been triggered by a Gleaner report last Thursday that samples of school-based assessments (SBAs) of 40 Penwood students were not submitted to the CXC by the July 31 deadline.

CSEC results were released on August 16 and the students have been left stuck, unable to move on to sixth-form studies or tertiary-level institutions.

One student, Sophia Thompson, said she had applied for jobs, outlining to the potential employers that she was awaiting the results of the subjects affected.

Penwood said it was having technical glitches using an online system to submit the SBA samples but its exam coordinator did not submit physical copies instead, as other schools with problems had done.