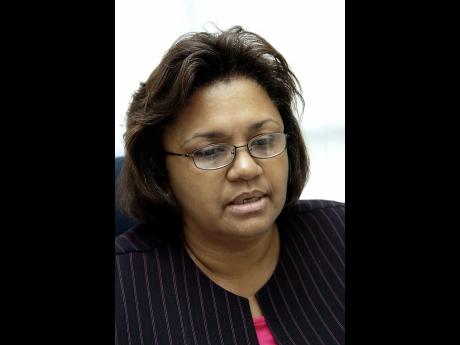 A call is being made for some individuals within the hierarchy of the scandal-stricken People's National Party (PNP) to know when to let go of the wheels of power and allow for renewal within the party.

The call is being made against the background of a wave of discord rocking the PNP in recent weeks and earlier revelations that five persons have so far been confirmed as candidates to contest the four-slot vice presidential race, while two will square off for the top job as president.

Former South Central St Catherine Member of Parliament Heather Robinson yesterday told The Gleaner that some people within the party "need to be thanked while some need to be welcomed".

This, she said, is vital to the overall survival of the PNP.

The outspoken Comrade said that for those who have served well, it is "senseless for them to mar their last days (in the party)".

Quizzed on whether she believed Portia Simpson Miller has made an impact on the PNP in a positive way, Robinson told The Gleaner that the party president would be the best person to answer, "and not Sandrea Falconer".

Robinson did not mince words as she told The Gleaner that some of Simpson Miller's handlers have caused her to look bad in the eyes of the public.

She said that because of the self-interest of some of the individuals with whom the party president has surrounded herself, she was suggesting that some of the handlers "go look work elsewhere".

"They are not aides, they are deterrents," an annoyed-sounding Robinson told The Gleaner.

With the PNP's 78th annual conference some two weeks away, Robinson said frank discussions must be had on the conference floor.

She told The Gleaner that as a regular speaker on the conference floor, she would have her bit to say and what would come out of her mouth would depend on the mood of the conference.

Robinson admitted that the usual buzz leading up to the conference was absent.

She observed that with all that is unfolding before the eyes of the public, "it is now a question of what is going to happen next".

Added Robinson: "You can't predict anything. There is so much uncertainty."

In the meantime, Robinson is calling for the vice-presidents of the party to do real work.

According to her: "We need for the vice-presidents to be doing real work because they are not doing anything. They don't do anything."

The former MP, also speaking on the latest scandal gripping the PNP, said she did not know who was speaking the truth.

"That is what the Integrity Commission should find out - the truth. It needs to be structured. This thing with 10 million people talking does not make any sense," she said.

Robinson said the party's Integrity Commission must find the courage to deal with the matter because the credibility of its members will be at stake.

"Even if I don't have faith in them, they better have faith in themselves because it is their future that will be on the line. A minister of religion, a big actuary, a former minister, a former general secretary and former senator, their credibility will be at stake," Robinson argued.

The outspoken former MP said that if anyone is culpable for wrongdoing, they should be dealt with in the right manner.

Robinson said Burke should know what the honourable thing to do is "in these circumstances, having put the party in a pig sty".

"I hope and pray that there will be a People's National Party that I can recognise and that those who have gone before us would not have gone in vain," she said.