Ambassador Marks to focus on investments 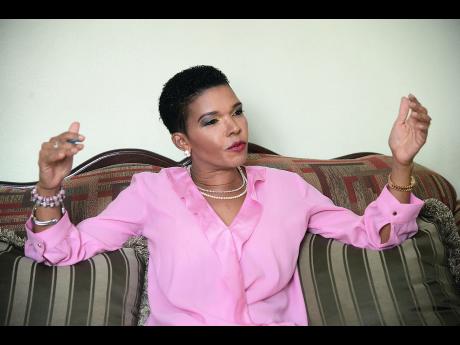 After months of speculation, Ambassador Audrey Marks will be leaving for Washington, DC, to take up her assignment as the island's chief envoy there come Saturday.

This will be her second posting in the United States capital.

Marks will hit the ground running as she seeks to execute investment projects which, she told The Gleaner, had been poised to take off when the previous JLP government lost the 2011 general election.

The JLP was returned to office in February of this year.

In response to what prompted her positive response to Prime Minister Andrew Holness' request this time around, Marks said initially she had said 'no'.

"I said 'no' because, after seeing the JLP's manifesto, I became interested in their economic growth and job creation strategy. I have felt for a long time that there is no reason for Jamaica's economy to have had such anaemic growth levels for so long unless there was a lack of focus and prioritisation," Marks said.

She said following the February win, she had intended to call the prime minister to offer her assistance in determining how she could assist with his job-creation agenda.

"That is an area in which I have the skill set and I felt comfortable in seeing how I could lend support in that area," Marks said.

But Holness' call beat hers, and he asked whether she would return to Washington.

Following a series of discussions, she realised that the prime minister had a clear agenda on facilitating foreign direct investment that would benefit more local entrepreneurs and businesses, so that "we would see a greater positive impact on the economy than before," Marks said.

She lamented the lack of sufficient structures in place to ensure that Jamaica reap the benefits of foreign investments, while underscoring the fact that her mandate for service is clear.

As she did before, this time she will be using her experience as a businesswoman to drive her approach to the job.

To fulfil that mandate, Marks intends to be guided by her work plan of detailed actions/tasks to be put in place to support it, with the required personnel and resources to execute her objectives using the model of specific measurable, achievable, realistic, time-bound goals that can be measured against her objectives.