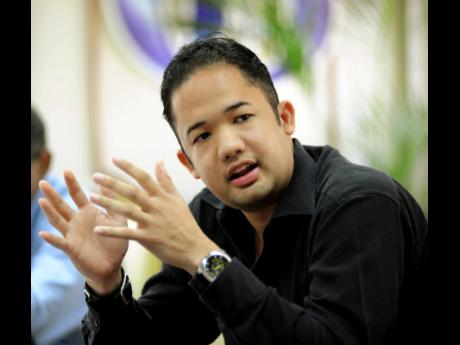 Director of the Mona Geoinformatics Institute (MGI), Dr Parris Lyew-Ayee Jr, has reserved criticism in regard to what he describes as the relatively low proportion of signs erected at crash hotspots.

Reviewing data on the number of signs erected between 2010 and 2016, obtained from the National Works Agency (NWA), Lyew-Ayee noted that the agency has maintained a robust signage programme.

In 2014, a total of 564 new signs were erected, the highest for the period of data provided by the agency's road sign report. Last year recorded the lowest, with only 28 signs being erected.

The NWA has improved upon those numbers with 179 new signs being erected since the start of this year.

At The Gleaner's request, the MGI director correlated the road sign data with data from the institute's fatal-crash mapping project and found that areas classified as crash hotspots were not heavily populated with signage.

Pointing out that only three broad locations are technically crash hotspots, Lyew-Ayee said: "The most important thing about the signage is that it is not just for road safety, but also for traffic flow management."

"I wouldn't criticise the relatively low proportion of the signs not being in crash hotspots," he said.

Lyew-Ayee agreed with director of the Road Safety Unit in the transport ministry, Kenute Hare, who has said drivers who are unaware of the road code are contributing significantly to road crashes, which have now resulted in more than 200 deaths since the start of the year.

"Clearly, from the NWA report, it's not for lack of signage on the part of the Government," he said.

The NWA last month raised alarm about a new spate of theft of traffic regulatory and informational signs in the Corporate Area.