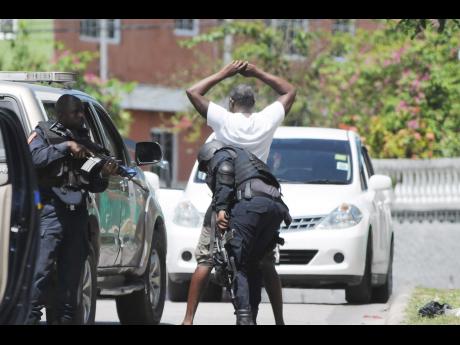 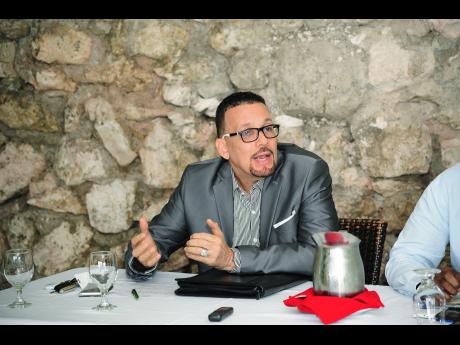 While the debate over whether a state of emergency is the ideal response to the upsurge in crime in Montego Bay, St James, continues to attract mixed reactions, two prominent business operators in the tourist capital are warning that the city will have much to lose if the security forces fail to get a grip on the situation.

"We will lose a lot. We could see cancellations that will affect the next winter season if we don't correct the problem now," said businessman Godfrey Dyer, chairman of the Tourism Enhancement Fund, during a Gleaner Editors' Forum on crime held yesterday at Pier One in Montego Bay.

"We have the last chance to do it (because) October is the last slow month. November, we will start to pick up again, so we need to make use of this October month, clean up Montego Bay and surrounding areas so we can have a good winter season."

Added Dyer: "We may play around, (being) afraid of a state of emergency, and we go right into the winter tourist season still killing. That is going to kill the industry."

Montego Bay hit the 200-murder mark for the second time in its history following another murder on Barnett Street in the tourist town on Tuesday evening, and Davon Crump, CEO of Global Outsourcing Solution Limited, a call centre operation in the Montego Bay Freezone, believes this could erode the progress being made in the business process outsourcing (BPO) sector.

"The BPO sector is about to take off in terms of growth," said Crump.

"I am aware that Sutherland Global is employing an additional 1,500 people, Xerox another 2,500, and there are many other call centres that can provide up to 4,000 jobs shortly, but the reality of it is that because of what is happening in our city, it can affect some of these investments coming in."

He added: "We had to send home agents, and then we have to explain to our clients in the US why we were sending them home. They (clients) were coming to Jamaica for a visit and they decided against it because of what is happening, so it will affect investments coming here. It might not be immediately, but these things do have a trickle-down effect and could hurt us."

According to Crump, a former president of the Montego Bay Chamber of Commerce and Industry, the crime problem has affected every form of commercial activity in the parish capital and its citizens are now living in fear.

He is calling for a sustained zero-tolerance approach.

"Our city is lawless, and we must take it back from the simplest of things - littering, urinating in public. These are the things we must address if we are to effectively deal with the murders," Crump said.