Location a clear and present danger to many health centres 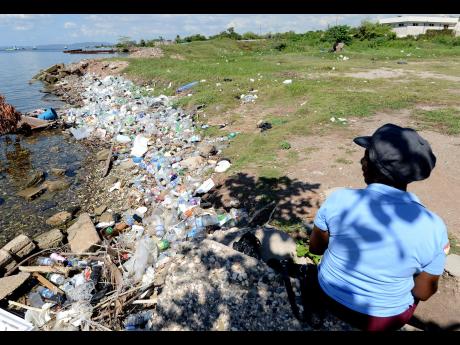 File
A woman reads her Bible next to garbage piled up along the beach adjacent to the Bournemouth Bath, off Michael Manley Boulevard. Dr Homero Silva, who is a professor in public health, environment and climate change, is arguing that poor garbage collection could have a serious impact on depressed communities, resulting in severe health issues. Homero also says the improper disposal of plastic bottles in the sea contributes to climate change concerns such as sea level rise and flooding. 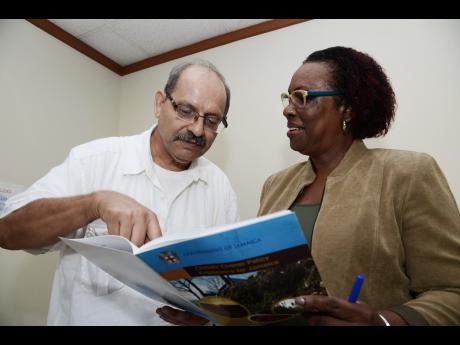 The locations of many of Jamaica's health centres have raised concerns about the quality of service that patients are able to receive, with Dr Homero Silva disclosing that 80 of these facilities are based in areas where there is a water deficit and another 179 are in areas where the garbage-collection rate is low.

Silva, who is professor in public health, environment, and climate change at the School of Public Health and Health Technology at the University of Technology, (UTech) in St Andrew, said natural disasters can exacerbate these deficiencies even further, especially with the pending threat of Hurricane Matthew.

The Meteorological Service has indicated that the weather system has maximum sustained winds of near 95 kilometres per hour, with higher gusts and gradual strengthening forecast during the next couple of days. Matthew is expected to affect Jamaica as early as today.

Speaking with The Gleaner following a consultation dubbed 'Climate Change and Human Health in Jamaica and Implications for Other Sectors', Silva said that having garnered information from the National Water Commission and the National Solid Waste Management Agency, there is urgent need to address the gaps in health, especially with the ongoing threat of climate change.

"They (NWC) have problems in satisfying the water needs of the people, so what they do is sectorise (prioritise). So one area would receive during the morning and another [in the] afternoon. That creates problems and creates risk of mosquito-breeding sites," he said.

"In studies that we did, we looked at five communities, and what we found was that the chik-V (chikungunya virus) was 1.76 times more in those areas where they had water problems than in other areas where they didn't have an issue," Silva told The Gleaner.

He added: "There is a good number of heath centres that are located in water-deficit areas. We are expecting that the amount of rainfall and the dry days due to climate change will increase. Then the water-deficit problem is going to get worse," he said.

He also argued that poor garbage collection could have a serious impact on poor areas, which would result in severe health issues.

"The problem with collection is that we do not cover all the island, especially the poor areas and the rural areas. They do not receive any garbage collection, and also the areas that receive garbage collection, they receive it once a week. That creates a cycle of house flies, roaches, rats," he said.