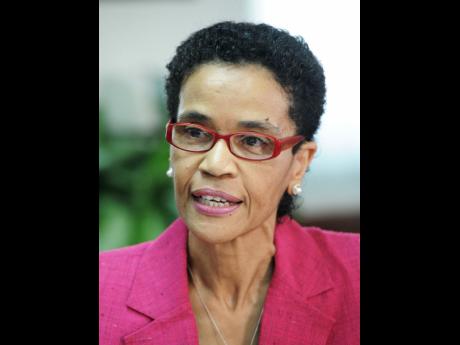 Director of the Disaster Risk Reduction Centre (DRRC) Dr Barbara Carby, of the University of the West Indies (UWI), has lamented the way in which information was disseminated during Jamaica's preparations for Hurricane Matthew.

According to Carby, the usual visibility of the Office of Disaster Preparedness and Management (ODPEM) was dwarfed by the input of politicians.

"If a press conference is called by the agency leading the preparation efforts, it seems to me that the disaster management professionals should be allowed to provide operational and scientific information to the public, but we did not see that this time around," she said in an interview with The Gleaner.

The press conference referenced by Carby was held a day before the hurricane was expected to make landfall on the island. The noticeable absence of a presentation by Major Clive Davis, ODPEM director general, was described as highly irregular by the DRRC head.

Carby took issue with the fact that the briefing was dominated by politicians. She argued that professionals should be allowed to address operational issues, while politicians focus on policy matters.

"There is nowhere in the world where a few hours before a disaster is expected to make an impact, you do not have the head of the disaster agency addressing the public. The kinds of information that one would have expected from the press conference was also lacking. So when you have politicians taking over the role of and sidelining disaster management professionals, then they had better be prepared to do it properly," she said.

She further pointed out that some aspects of the established policies, protocols, and procedures that the ODPEM has for disseminating information to the public appears to have not been followed.

Carby, who is a former head of the ODPEM, also said that there were many missed opportunities with regard to the type of information that was being provided to citizens.

"We were getting information about how many beds and items were distributed to the shelters, but that kind of information is not helpful. That is information you put in a summary report. What we should have been hearing is, for example, if I have a cow out in the field, what to do with the cow," she said.

She also observed that the ODPEM missed opportunities to utilise scientific information in its communication to the public as well as to make the connection between poor development practices and disaster mitigation.

Referencing the Sendai Framework for Disaster Risk Reduction adopted at the Third United Nations World Conference last year, Carby noted that much work has been done to guide disaster management professionals on the importance of using science to inform disaster risk management, including preparedness and response. This, she said, should have seen the ODPEM using existing risk maps to share information with the public.

Carby agreed that there was a disconnect between the public and the National Emergency Operating Centre as there was not much information regarding operational details, emergency procedures, first responders, and risk-reduction strategies.