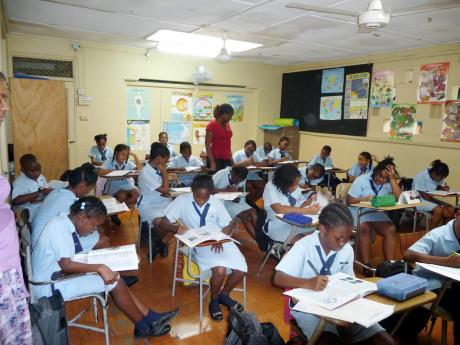 File
In this 2009 file photo, students, under the watchful eye of their teacher, were busy at the private St Cecelia Prep School in St Andrew, which closed its doors two years later. 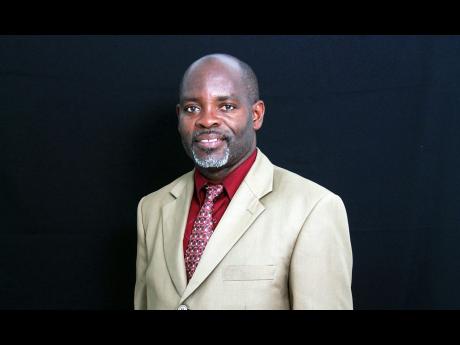 Contributed
Dr Wesley Boynes, president of the Jamaica Independent Schools’ Association, has estimated that more than 300 private schools across the island have been shuttered in the last five years.
1
2

Wesley Boynes, president of the Jamaica Independent Schools' Association (JISA), has estimated that more than 300 private schools across the island have been shuttered in the last five years.

According to Boynes, many other private schools are on the verge of closing as more and more parents switch their children to public schools.

The Gleaner first reported on the problems facing private schools in 2012 when six preparatory institutions reported that they would not be opening their doors for the new school year and several others warned that they could also close because of financial challenges.

Now Boynes says the predicted closures have intensified, based on a mass exodus of students from private schools, which he says is because of the financial challenges facing parents.

"The trend still continues and will do so if the economic situation does not improve. In some instances, some of our schools will have to consider strategic mergers or reinventing themselves and their offerings to the public," said Boynes.

"As always, the economic environment will ultimately decide how things do work out as it pertains to the spending power of parents who interface with private schools based on their ability to pay up the school fees," Boynes told The Sunday Gleaner.

He argued the perception that only rich people send their children to private schools still persists, despite the fact that most private schools in Jamaica do not charge the full cost to cover the expenses associated with running their institutions.

Principal and founder of Hastings Academy, Joyce Hastings, said her school population has seen a 40 per cent reduction this year, despite keeping its tuition at a minimum and embarking on an advertisement campaign to recruit students.

The 12-year-old Clarendon-based institution caters to students from ages three to 18, but Hastings said the preparatory and kindergarten schools have been the most affected. At the high-school level, most of the students who have been registered are special-needs children.

"Parents have been searching for free education, so it has been affecting us badly," said Hastings.

In the meantime, Boynes argued that the private sector and the Government need to work towards finding ways to support the private schools.

He said the JISA intends to enter into discussions with the Minister of Education, Youth and Information Ruel Reid to discuss the Government's policy as it relates to the funding of students placed by the Government at private institutions.

In 2014, the education ministry made a decision to stop placing GSAT students at private institutions as it was costing as much as $15 million annually.

"This attempted policy will never be able to be fully put into place, and if it is indeed fully implemented, then it will be nothing less than a wicked and cruel act. We really need to stop pretending as if the public-education sector can reach to a state or level where there is no need for private schools," lamented Boynes.

"I honestly believe that such a policy is driven by politics and an ill-advised response to the IMF (International Monetary Fund) requirements on Jamaica. We cannot allow the children of the nation to suffer because of such issues," said Boynes.

Given the reduction in students, some administrators of private schools are struggling to pay salaries, and this has resulted in some teachers accepting more lucrative offers overseas. These teachers are from both preparatory and high schools.

"Many teachers have taken up jobs overseas, and the disconcerting part of the process is that most of them waited until the first week of school, after collecting their August salaries, to inform principals that they are not returning. At this point in time, a significant number of schools are currently looking around to replace teachers who have decided to leave," said Boynes.

The JISA president said that while he is not against teachers furthering their careers or seeking avenues to maximise their earnings, the manner in which some leave is something that needs to be addressed.

"Maybe this is just wishful thinking on my part but I really believe that there should be some kind of law or policy in place at a national level which requires teachers to give at least a term's notice before leaving, and the Jamaican Government should have the option to block the hiring of such persons to foreign nations if the proper procedures are not honoured.

"Private schools are required by law to give a term notice if they are closing down. The same principle should apply to teachers who are leaving for other employment opportunities," said Boynes.

"As a small nation, we have to find a way of managing our human resources in a way that will meet our national interests, otherwise we will continue to lose our best persons at what I consider an alarming rate to the bigger nations around us," added Boynes.

Students Should Do SBAs Under Exam Conditions - educator