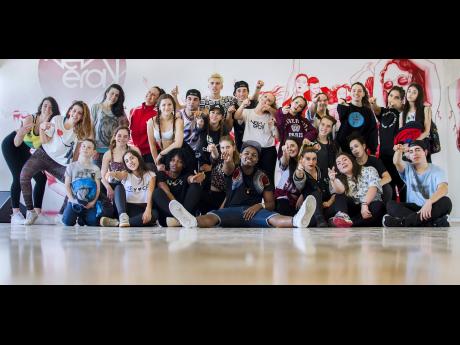 Contributed
Jamaican dancer Alvarado Gowe (centre foreground), who goes by the stage name Bigga Elite, with a group of his dance students in Sweden. 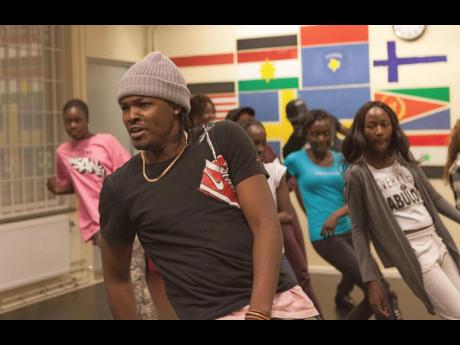 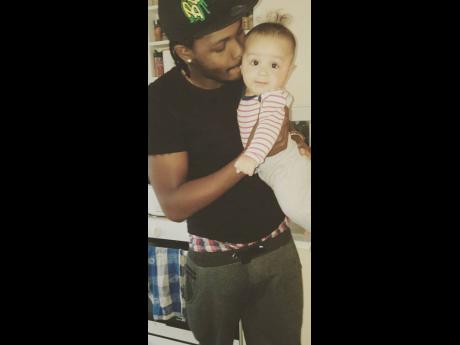 The main stage at the Tivoli Grona Lund amusement park, located in the heart of Sweden, holds particular significance for Jamaican dancehall dancer Alvarado Gowe, who goes by the stage name Bigga Elite.

It's not only because he showcased his craft before a bumper crowd of 50,000 people at the park's most popular summer concert, but also because reggae legend Bob Marley performed on the same stage 36 years ago.

Gowe, who migrated to Sweden two years ago, is the 2015 champion of the Swedish Dun Dem Knockout Dancehall World Cup Championships. He has appeared in a number of music videos for international artistes and has been featured in Kingsize Magazine - Scandinavia's largest hip-hop magazine.

That he was able to achieve all of this in such a short space of time still remains surreal for Gowe as he recalls, with some disappointment, the uphill battle he faced trying to establish himself as a professional dancer while in Jamaica.

"As an inner-city youth, my early life as a dancer was really a struggle, but I wanted to go out into the world and show people that greatness can be achieved, it doesn't matter where you from. I remember going to parties and hoping to get established as a dancer, and it cost me a lot of money just to go out and promote myself. I was not making much progress, and at one point, I had to stop and find a normal job, where I worked at Guardian Life Insurance Company and then, after, at Alex Imports, and the list goes on," he told The Gleaner.

Born and raised in Waterhouse with his father and grandmother, Gowe always knew he was creatively endowed. His active involvement in the school band and various cultural competitions while he was a student at the Norman Manley High School formed the basis for his early development as an entertainer.

Gowe confessed that the crime, violence, and poverty he witnessed in his community also drove him to work hard at improving his talent as a dancer, even though he was struggling to make a living pursuing his passion. The turning point for Gowe, however, came when he met a Swedish tourist who was visiting Jamaica to explore her love for dancehall and Jamaican culture.

That relationship led to the birth of Gowe's son, Isac, who was born in Sweden last year, an event that provided the motivation for the dancer's migration to the Scandinavian country. Once in Sweden, Gowe immediately realised the opportunities to make a living from his talent and has been offering Jamaican dance classes and workshops all across Sweden and Europe since his arrival.

Gowe explained that his dance classes and workshops can range from anywhere between 40 to 100 students at any given time and they have given him the opportunity to tour the whole world and spread Jamaican dancehall and its vibrant culture, which Europeans cannot seem to get enough of.

"In a class, what happens is, I bring the Jamaican vibes. Whether it's a choreography or just a simple dance move, I keep it authentic at all times," he further explained.

If you watch one of the many YouTube videos of Gowe delivering his dance classes, you will quickly realise that he is having the time of his life doing what he truly loves and was destined to do. The dancer openly confessed to The Gleaner that he has never been more happy than at this point in his life.

Gowe's move to Sweden has opened a world of possibilities that would have previously been unavailable, not only to him, but also to his son.

"A lot of opportunities are in Sweden for Jamaicans. One of the most important and valuable ones is that you can become anybody you want to be. In Sweden, school is free. You actually get paid to go to school in Sweden, and there are a lot more benefits and opportunities," he said.

While he is still disheartened that he had to go halfway around the world to fulfil his dream, Gowe was adamant that it is his Jamaican heritage that continues to drive him.

"I never forget where I am coming from. That is one of the things that keeps me going each and every day. We Jamaican people have a bold personality and are full of pride, and I value that because that's what makes me a Jamaican, and it will never leave me," he said.