Never again! - Public-sector workers adamant they will not accept another wage freeze; Say tax break not a substitute for wage increase 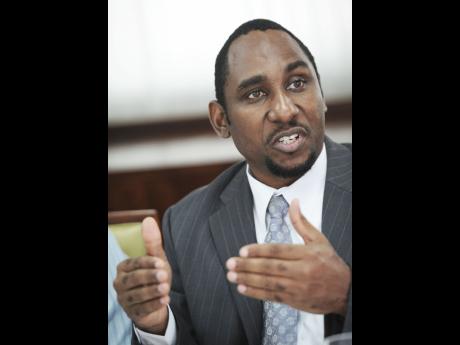 As the Government prepares to enter another round of wage negotiations with public-sector unions, the workers they represent have, through their union boss, signalled that under no circumstance will they be accepting another wage freeze.

"When the last negotiations were being concluded, we heard that we should expect another wage freeze, but I want to make it categorically clear that public-sector workers will not accept another wage freeze. We have lost our appetite for those sorts of things," Jamaica Civil Service Association (JCSA) President O'Neil Grant said when the possibility of another wage freeze was raised with him by The Gleaner.

Grant disclosed that the unions are in the process of finalising their claims, which are expected to be served on the Government in another two weeks.

The submission of the claims will kick-start the official wage talks for 2017-2019, which, according to Grant, will be use, to alert the Government to the plight of public-sector workers.

When asked whether the Government's tax giveback, through the raising of the income tax threshold, was not, in effect, an increase in salaries for public-sector workers, the JSCA president was adamant that it did not represent a trade-off for a wage increase. He argued that the wage increase negotiated in the last round of negotiations and the income earned from the tax break have been nullified by the way in which they have been administered.

"Persons in the private sector would have benefited from the tax break and they are not being asked to forgo their increases, so why should we?" Grant asked.

WAGE GAP MUCH TOO WIDE

Pointing to the disparity between the wages of public-sector workers and their private-sector counterparts, the union boss argued that the wage gap is much too wide even at senior levels. This, he said, needed to be addressed if the public sector was to continue to attract and retain the best talent.

"The issue is not one of there being a quid pro quo. The issue for us is whether or not we have been properly compensated, and I would tell you that we have not been. We don't see anything that will cushion the blow for workers if we don't get an increase on top of that tax break that was given," he added.

Grant was also adamant that talk of a cut in the size of the public sector will not be entertained, particularly in light of the fact that the Government has reached a staff-level agreement for a second programme with the International Monetary fund.

"We don't know where this argument of public-sector cuts is going. We rubbished it in the last administration and we are going to have to rubbish it again. There is no need to cut the public sector."

According to Grant, studies undertaken have not indicated that either the size or the average wage of the public sector is a problem.

"Two-thirds of all persons employed in the public sector are in three ministries - health, education and national security - so there is no room to cut, because those are the most vulnerable sectors that we have right now," he said.