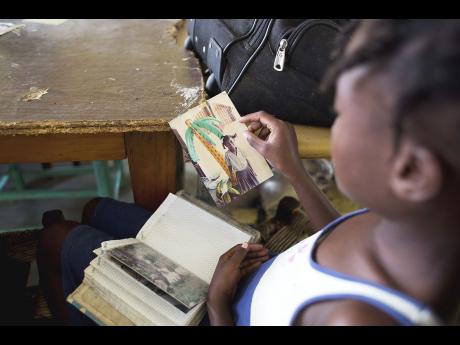 AP
Love Manie Simeus, 12, holds a picture of herself wearing her school uniform as she looks through a family photo album, inside her public school where she has taken shelter after Hurricane Matthew hit the village of Mersan, located in Camp-Perrin, a district of Les Cayes, Haiti, Monday. (AP) 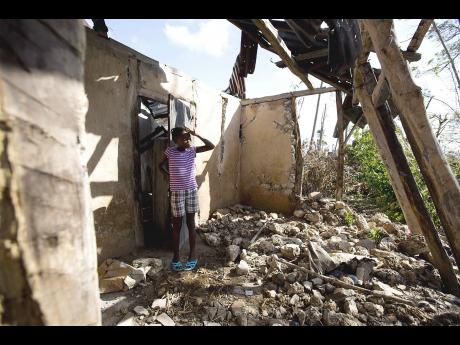 AP
This child looks into the distance from the rubble that was once inhabitable. (AP )
1
2

Head of the Caribbean Disaster Emergency Management Agency (CDEMA) Ronald Jackson has revealed that some two weeks after Hurricane Matthew ravaged Haiti, Caribbean governments are yet to make good on their commitments to provide financial resources for relief efforts in the former French colony.

"We have not received any cash contributions from any of our state partners as yet. We have received pledges from some of them. We anticipate that some of them will come in soon," he said in an interview with The Gleaner.

Speaking specifically to the contribution of the Jamaican Government, Jackson noted that while no money had been forthcoming from Jamaica's coffers, the country has played an excellent role in being the hub for the regional relief efforts.

"Jamaica has made available human resources in keeping with the articles of agreement, which they have signed to which constitutes CDEMA, but at the moment, we haven't seen any cash into the CEDEMA accounts that have been set up for Haiti and The Bahamas," he said.

Jackson, however, gave special mention to the Turks and Caicos Government and pointed out that they funded the deployment of the CDEMA team to Bahamas, which was also affected by Hurricane Matthew.

In giving an update on CDEMA's work in Haiti, Jackson said that the regional body has focused mainly on coordination of the relief efforts.

"We have targeted, in the first instance, close to 1,000 families ... . We have worked that out to somewhere in the region of US$300,000. So that is what our focus is on at the moment. Depending on what comes out of the larger CARICOM support, we would be looking beyond that to see if we could facilitate some kind of legacy intervention," he said.