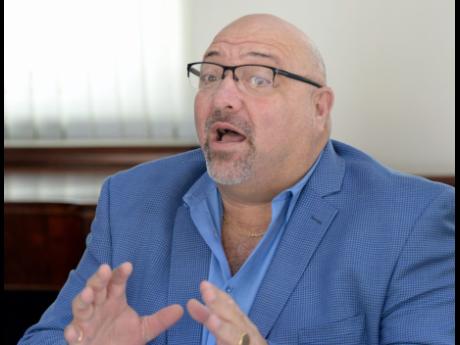 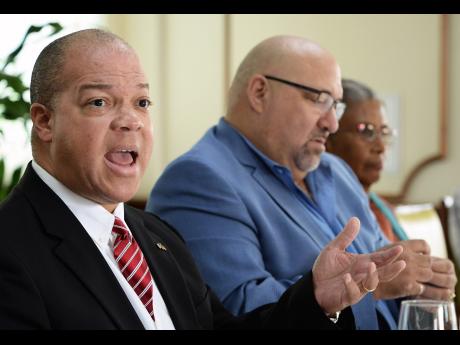 Moises Vela, a former director of administration in the office of United States Vice-President Joe Biden, has rejected suggestions that the US government has been trying to impose a homosexual agenda through various initiatives it has in Jamaica.

Vela, along with Walter Hill, a Republican member of the Florida House of Representative, is visiting Jamaica at the invitation of the US Embassy. The embassy has been hosting a number of meetings to raise awareness about the US election process.

Vela is a Hillary Clinton supporter and Hill has appeared on campaign platforms for Republican candidate Donald Trump.

In responding to questions about whether or not a Clinton presidency would promote the acceptance of homosexual values in Jamaica, Vela said: "Jamaica can choose whether to adhere to the same ideals and values we have in the United States or they can choose to have Jamaican values, but we don't export our values," he said.

Vela also rubbished claims that US aid to Jamaica is tied to acceptance of a gay agenda.

"I don't know that there is any programme that would say that there is money tied to us telling a country to accept our values. We do a lot of business with China and we don't like their human-rights record, but we don't stop doing trade with them," he said.

Hill, who disagreed with Vela, claimed there was a concerted effort by the Obama administration to promote a gay agenda overseas.