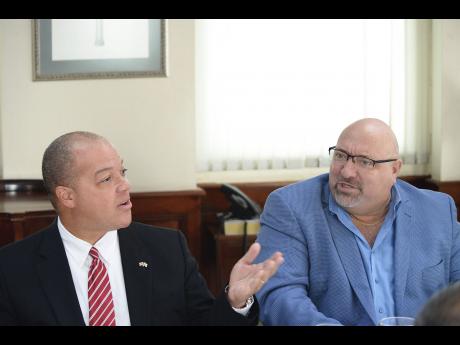 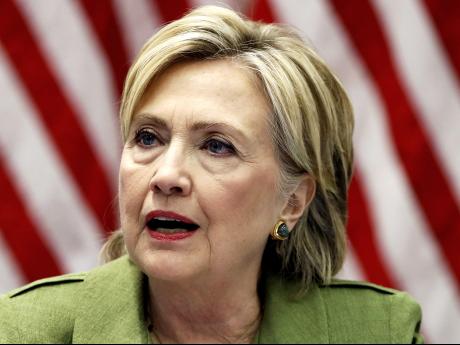 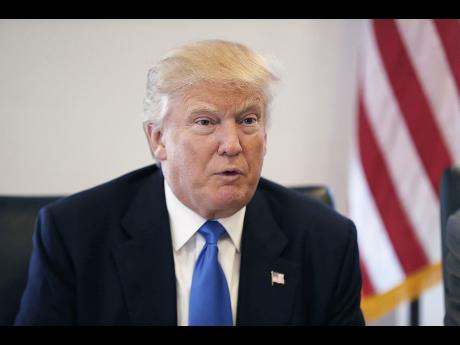 A former White House executive has suggested that Jamaicans encourage relatives living in the United States (US) to cast their ballots for Hillary Clinton to win next month's presidential election, hinting that this could bring a huge economic windfall for Jamaica.

Pointing out that American companies are already pumping more than US$1 billion of direct investment into the Jamaican economy, Moises Vela, former director of management and administration for US Vice-President Joe Biden, promised that this would continue under a Clinton presidency.

"The way we do that is we encourage [the American] private sector to invest in countries like Jamaica and the Caribbean basin. So you gonna see that," Vela told a Gleaner Editors' Forum at the newspaper's downtown Kingston offices yesterday.

UNDER A CLINTON PRESIDENCY

"Here's why Jamaicans should be hoping that she wins. She understands the importance of relationships with our allies around the world, including Jamaica," he insisted.

Vela added: "She understands that it's important that, as an aspect of those friendships with countries like Jamaica, that we lift them up and that we raise them up, and that we do what we can as a nation to not do it for them, but to help our friends help themselves," he continued.

The US presidential election is set for November 8 and Vela predicted that Clinton would easily defeat her Republican challenger Donald Trump.

However, Republican member of the Florida House of Representatives, Walter Bryan Hill, predicted that Trump would win in a landslide and suggested that the billionaire developer has articulated plans that would provide even greater benefits to Jamaica and the people of the region.

As an example, Hill, a Trump supporter, said the billionaire developer's plan to renegotiate a number of key trade deals such as the North American Free Trade Agreement, which will prove to be beneficial to the region.

"So if we make it such that the trade is going to be of good value to both - the US and for the Caribbean basin, including Jamaica - that benefits everyone," Hill argued.

Hill, however, did not comment on Trump's immigration plan, which according to some political observers, would lead to mass deportation of persons who are in the US illegally.

The Florida legislator went further, offering his own suggestion on how the US can bring an end to illegal immigration.

"Here is the easiest way to stop illegal immigration, and it is not by mass deportation ... . Do not provide them with a socialised benefit when they get there," he said.

"In other words, food stamp, free medical care, free housing ... . If you stop doing that for illegal immigrants coming here, they will stop coming here," he explained.

Vela, a Clinton supporter, criticised Trump's immigration plan, charging that it has left Jamaicans at home and in the diaspora nervous.

"I have been listening to your fellow Jamaicans since I was sitting in the Fort Lauderdale airport on Sunday ... and they are very worried about a Donald Trump presidency," he revealed.

"They are fearful of what he would do to the wonderful and stable relationship we [the US] have had with the country of Jamaica. Under Hillary Clinton, what we know is that it [the relationship] would remain very strong and very productive, and mutually beneficial. In fact, I really believe that Secretary Clinton will enhance that relationship, and I think you are going to see an upward trend in direct private investment," Vela said.