Trump: I'll run America like my business; Clinton: Let's not 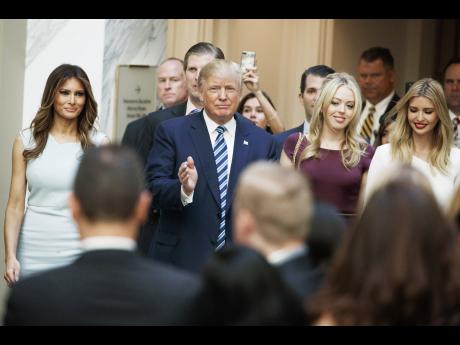 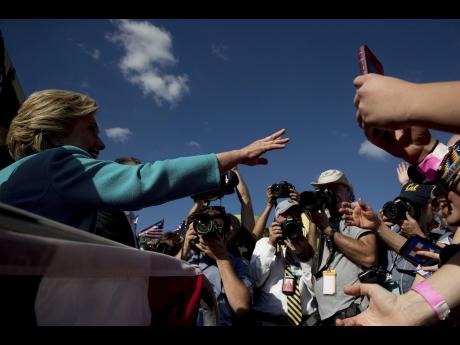 His presidential dreams increasingly in question, Donald Trump pushed his business empire to the centre of his political campaign yesterday. Taking a break from battleground states, he made the case at his newest hotel that all Americans should look to his corporate record for evidence of how well he would run the country.

Hillary Clinton agreed, but not the way he meant it. She used campaign events in Florida to attack the GOP nominee for having "stiffed American workers", saying that he built his empire with Chinese-manufactured steel, overseas products, and labour from immigrants in the country illegally.

"Donald Trump is the poster boy for everything wrong with our economy," she told several thousand supporters in Tampa, Florida. "He refuses to pay workers and contractors."

Trump's political aspirations have long been deeply intertwined with promoting his corporate goals. He announced his campaign in the gilded lobby of Trump Tower in Manhattan and has held dozens of campaign events at his own properties. His remarks at his new Washington hotel, which has struggled to fill rooms amid the controversy surrounding his presidential bid, followed a visit on Tuesday to his Doral golf course outside Miami.

"Under budget and ahead of schedule. So important. We don't hear those words so often, but you will," said Trump, linking the hotel redevelopment - just blocks from the White House - to his promised performance as president. "Today is a metaphor for what we can accomplish for this country."

Though the GOP nominee focused his remarks on his political message, the event was heavy with marketing, too. Standing under glittering chandeliers, top company executives, including his daughter, touted the hotel. And after his brief speech, Trump and his family headed to the hotel's grand lobby, where they cut a wide red ribbon with golden scissors before he flew to North Carolina for what his campaign billed as an urban policy speech.

As Trump cut the ribbon, Clinton was slamming his business practices in Florida, a state he must win to have any chance on November 8. In Tampa, she was introduced by restaurateur JosÈ AndrÈs, a naturalised US citizen who pulled out of the Washington hotel to protest Trump's anti-immigrant rhetoric. Trump and AndrÈs are currently locked in litigation over the deal.

Trump's unusual travel schedule, coming amid signs that the controversy surrounding his campaign has hurt his corporate brand, raises questions about whether the GOP nominee has begun to turn some of his focus to post-election plans.

Rooms at the overhauled $212-million hotel that bears his name at Washington's Old Post Office Pavilion have been heavily discounted, and smartphone data suggest that fewer people are visiting his properties compared to rival venues nearby.