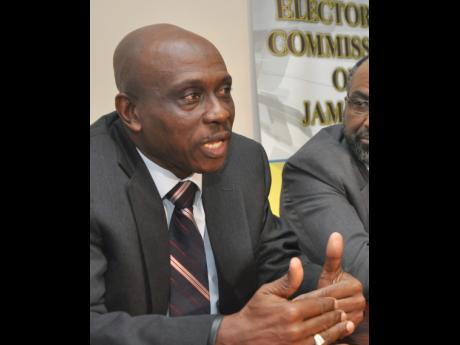 If Prime Minister Andrew Holness intends to honour the law and have local government elections held by December 29, his time to announce a date is running out, as the Electoral Office of Jamaica (EOJ) says the conditions are now "less than ideal" for conducting the polls.

"My ideal, in order to be really fully prepared, is three months, but I can work with two months. You begin to get a little nervous once it goes below that," Director of Elections Orrette Fisher told The Gleaner in an interview about the preparedness of the country's election machinery.

Government members have been appearing on political platforms in recent weeks trumpeting the work of the administration since the Jamaica Labour Party's general election win in February.

But Holness has not given any indication whether the local government polls will take place this year.

Sources say a statement on the polls is likely this week.

The timeline was set last year based on laws passed, pushing back the elections that were due then.

Dr Horace Chang, general secretary of the governing Jamaica Labour Party, had said Holness had to make his decision on whether the elections will be called this year by the end of last week in order for money that the EOJ will need to make it in the supplementary budget.

That budget, Chang said, is set to go before the Parliament for approval in the first week of November. It's not clear if Holness did, and finance ministry officials' work on the budget is still ongoing.

Fisher said his office needs $1.3 billion and more than 30,000 workers to conduct the elections in 228 divisions across Jamaica, as well as the mayoral vote in Portmore, St Catherine.

"I have no formal indication from anybody that the elections will be held. Why I am doing what I am doing, in terms of preparing, is because I am aware that the election was put off to be held by the end of this year. So, until or unless I hear otherwise, I am doing whatever I can do to initiate the preparation. It is not something that can be done within the statutory time limit in terms of hiring, training and procurement and all that," he explained.

Suppliers have been placed on standby should the elections be called anytime now.

The elections boss said some of the supplies that would have taken a longer time to get like specially made envelopes and forms were purchased from last year when the elections were first due.

A "troubled" man Fisher said he would have been if those were not already procured and the elections were to be held in two months.

The People's National Party won 12 of the 13 parish councils contested in the last local government polls held on March 26, 2012.