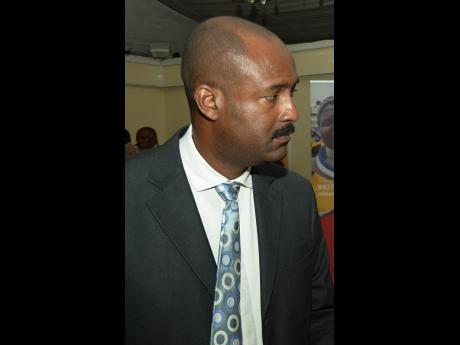 The Office of the Contractor General (OCG) is currently investigating the University of Technology (UTech) for what may be possible procurement breaches.

An officer in the procurement department at the university confirmed that the probe has been ongoing since the start of the year, but declined to provide details.

Another source who spoke with The Gleaner said the contractor general and his team have faced hostility from persons targeted in the probe and have had to visit the institution under the protection of a strong security presence.

Contractor General Dirk Harrison has, however, declined to comment on the matter.

UTech's acting President Professor Colin Gyles told The Gleaner that, to the best of his knowledge, the OCG's probe has been ongoing since 2013.

"What I got from the contractor general is that at various points in the probe they have been heading towards a conclusion, but have had to include other elements that delay coming to a conclusion because they are still looking into matters," he said.

Gyles further confirmed that he has had to reprimand staff in the procurement department for hostile behaviour towards the contractor general.

The Gleaner has since learnt that the US Agency for International Development (USAID) has pulled funding from the FIWI Jamaica UTech project because of the procurement issues at the university.

Based on information shared with The Gleaner, from sources at the university, it appears that the procurement issues at UTech, which were highlighted in the investigative report produced by the 2013 UTech Special Advisory Committee (SAC), have not been addressed some three years after the report was released and the ouster of then President Errol Morrison.

The 2013 SAC report highlighted nine procurement issues, inclusive of concerns about a 2013 tender for security services at the university, decentralisation of the procurement function, and the above-market compensation of staff in the procurement department.

The chief business and finance officer, who served up to the time of the establishment of the SAC in 2013, in his submission to the committee, had said that the procurement practices of the university were of grave concern.

The report had further noted that none of the recommendations, which were made following a review of the procurement department, were implemented.

"The university undertook a review of its procurement function ... . This review was further reviewed by the Jamaica Social Investment Fund (JSIF) under a paid contract. However, to date, none of the recommendations have been implemented. This is of some concern to the committee, as we are unaware of JSIF's expertise in this regard and why the free service available from the Ministry of Finance was not utilised," another finding from the 2013 report said.