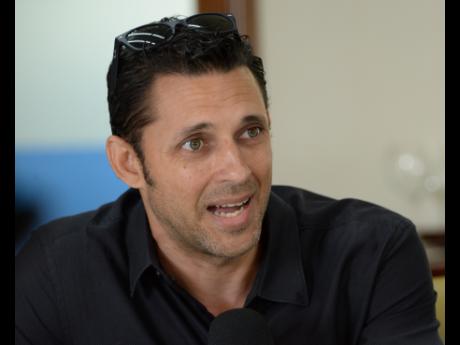 Chairman of the Jamaica Debates Commission (JDC), Noel DaCosta, has expressed optimism that the local government debates planned for November 16 and 23 will increase the level of awareness about the importance of parish and municipal councils.

"This is our second attempt at having local government debates, and we hope that issues affecting the local authorities will be explored," he said, while addressing a special-edition Gleaner Editors' Forum held at the newspaper's North Street offices yesterday.

DaCosta expressed confidence in the ability of the debates to reverse the historically low voter turnout associated with local government elections.

"I think the debates can actually help with that, and that is one of the reasons why we are expending this effort to put them on. It is going to be on television, in the general news media, and people will react to it, and because it is being staged before the actual voting, we are hoping that this will generate more interest and more participation," he said.

Historian and former government minister Arnold Bertram, however, argued that the low voter turnout in local government elections is a reflection of the lack of confidence in the ability of local authorities to deliver services effectively.

Political Ombudsman Donna Parchment Brown noted that there are several positives to be highlighted about the work that local authorities do, but said that there needs to be greater awareness and engagement of the public in this regard.

Deputy chair of the JDC, Brian Schmidt, who was also present at the forum, disclosed that the commission would be embarking on a public education campaign.

While declining to predict the impact that the debates would have on voter turnout, Schmidt noted that the long-term strategy of the JDC, through the staging of political debates, was to see more people register to vote and become more engaged in the political process.