Local stakeholders optimistic after US states vote to legalise marijuana 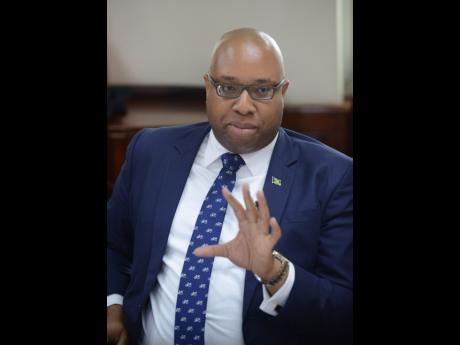 With several states in the United States voting to legalise the use of marijuana for both medicinal and recreational purposes, this has served as an inspiration for stakeholders in Jamaica to strengthen discussions surrounding its growth and consumption in the country.

Voters in California, Nevada, and Massachusetts endorsed the recreational use of marijuana in statewide polls on Tuesday, while citizens in Florida and North Dakota legalised its medicinal use. Results in Maine are not yet known, while Arizona rejected legalising recreational use.

The Government of Jamaica recently enacted changes to the Dangerous Drug Act, which decriminalised possession of small quantities of marijuana.

In an interview with The Gleaner, Delano Seiveright, director of Cannabis Commercial and Medicinal Research Task Force said the historic event is a step in the right direction and would have positive implications for Jamaica's economic development.

"The mere fact that Florida has moved towards medical marijuana so close to Jamaica's shores indicates a warming by the general electorate, whether you are Republican or Democrat, to support marijuana law reform," he said.

"It's very good for Jamaica because it is now going to assist us in making that case for full scale legalisation of marijuana. The mere fact that all the states on the western seaboard of the United States (Alaska, Washington, Oregon, and California) are moving in the direction of legalisation of cannabis, recently, and over the last several years, indicates a monumental shift in policy that the federal government cannot ignore," Seiveright said.

He noted that there was an overwhelming shift towards the herb worldwide, stressing that Jamaica must be included if the country is to see exponential growth.

"One of the reasons why Jamaica has been slow in reforming our laws was the fear of US reaction as it relates to marijuana," he said. However, he argued that the mere fact that a significant proportion of the American population resides in states that have either medical, or fully legal marijuana regime, was a slap in the face of federal policy as it relates to marijuana law reform. "As such it gives us credence. It gives us an opportunity to reopen the conversation at the level of the federal government and at the level of the United Nations to pursue marijuana law reform initiatives, not only in Jamaica, but around the world."

Seiveright also sought to reassure the public that the task force was not daunted and was diligent in creating platforms from which Jamaica could benefit.

"The licensing authority has been very diligent in its approach, and certainly, within the coming weeks and months, we expect to see persons become operational in the medical marijuana field. Things will be coming on stream in the new year."