No worries! ... Gov't tells security forces as US suspends gun exports to Jamaica 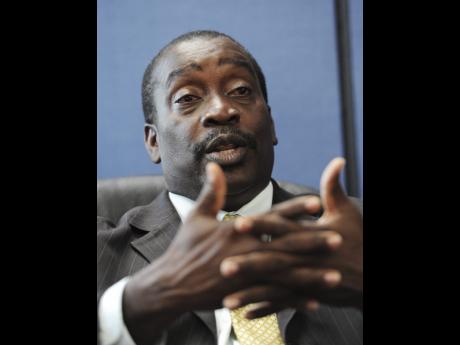 National Security Minister Robert Montague has sought to give the assurance that the security forces will not be affected by the United States' decision to suspend the export of guns to Jamaica over foul-ups at the scandal-hit Firearm Licensing Authority (FLA).

Even as Montague moves to quell fears, Peter Bunting, his opposition counterpart, said the security minister should be blamed and suggested he be removed from the portfolio.

"In light of recent events concerning Jamaica's Firearm Licensing Authority, the US Embassy is reviewing the firearm export licensing approval process," read a statement yesterday from the US Embassy in Kingston. "During this review, there will be a temporary pause on firearm exports as we request further guidance from Washington on the long-term status of export licenses for firearms from the United States destined for Jamaica."

Montague told The Gleaner that the United States "has a right to do what they did. But he asserted that Jamaica's security forces "have sufficient weapons".

But it's not a certainty that the Jamaica Constabulary Force and the Jamaica Defence Force, which get most of their guns and ammunition from the US, will escape the impact.

NO ANTICIPATED IMPACT ON ARMY

According to Joshua Polacheck, public affairs counsellor at the embassy, the US does not "anticipate" any impact on the police and army "at this point". He said that the review so far involved licensed firearm dealers in Jamaica.

The FLA had been swirling in controversy since Patrick Powell was freed of the murder of schoolboy Khajeel Mais in October. Revelations came that Powell's main file at the authority had disappeared, and there were questions as to whether his gun licence had been revoked when he failed to turn over the weapon to the police.

There was also the disclosure that two licences had been issued for the gun registered in Powell's name, a finding the police later said was caused by an "entry error".

News also came yesterday that a report on the agency had been turned over to the Major Organised Crime and Anti-Corruption Agency.

But Bunting is insisting that Montague's utterances about the FLA in the aftermath of the Powell case helped fuel the US's actions.

In October, Montague's ministry praised Dr Kenroy Wedderburn, who was stepping down as CEO, for improving the efficiencies of the "model agency". In a statement last week, however, Montague said the FLA's systems were either "corrupt or broken".

"If the minister, who is responsible for the agency, describes the system as either corrupt or broken, what would he have expected from external observers? It's just political mismanagement by the minister. It's just been mistake upon mistake by the board and the minister," Bunting argued. "I really think it's just absolutely unfortunate, unnecessary, and it betrays a lack of understanding of the sober nature of the ministry.

"I've been very restrained in my comments on this ministry up to now, but I am forced to conclude the personality (Montague) is not best suited for the assignment that he has been given."

Montague has hit back at Bunting, who he replaced in March as security minister, saying that the deficiencies at the FLA existed before he took over the post.

Bunting, however, said that Montague should explain why he praised the FLA as a "model agency" in October if the discrepancies were still present at the agency.