Private doctors for us ... - Jamaicans shun public hospitals because of time it takes to get treatment 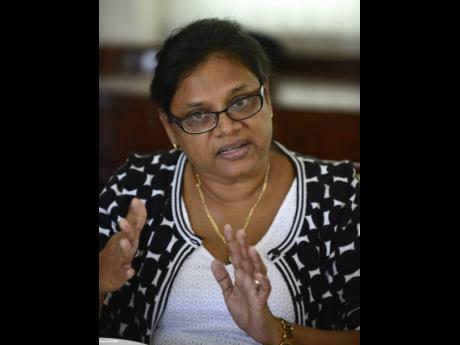 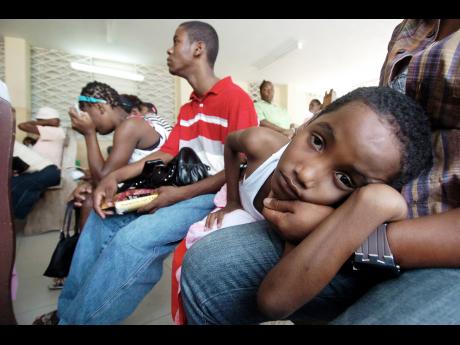 Ricardo Makyn
Patients in this file photo waiting for medical care at the Spanish Town Hospital in St Catherine.
1
2

Six out of 10 Jamaicans say they head to private doctors, rather than government-owned hospitals and clinics, when they have health problems.

But while poor medical service and the bad attitude of staff figure among the causes Jamaicans shun the public institutions, the quality of care is not their main reason. Rather, it's the time it takes for them to get treatment - a problem the Government says it has begun to address by extending the opening hours at some clinics and increasing available staff.

"We have actually started this initiative in some hospitals and some health centres that are close to hospitals," says Dr Jacqueline Bisasor-McKenzie, director of emergency medical services in the Ministry of Health. "We have chosen seven hospitals and we chose these hospitals based on the fact that they accounted for the highest volumes of visits per year to the emergency departments."

According to a national survey commissioned by The Gleaner that probed the perceptions Jamaicans hold of the island's health-care institutions and the people who work in them, only 37 per cent of adults (19 per cent clinics; 18 per cent hospitals) had these public institutions as their first point of contact if they become ill.

When probed on their lack of confidence in facilities, whose services are ostensibly free, by far the main reason (47 per cent) people gave was the long waits they have to endure. In fact, that concern was more than two and half times worse than the 18 per cent who complained about perceived medical mistakes/bad treatment, or the 17 per cent who complained about the attitude of employees. A mere five per cent specifically mentioned shortage of medication, while three per cent pointed to a shortage of, or malfunctioning, equipment.

By contrast, of the 45 per cent who, in the September survey, declared having no problem with these institutions, the largest segment (20 per cent) was because they believe they would receive good treatment, while only 12 per pointed to their "good doctors". Ironically, only 10 per cent of this group mentioned among the reasons the fact they don't have to pay.

Further, of the persons who have either been, or had a family member as a patient in a public hospital - the mean average period for admission at the time of the survey was 19 months - 53 per cent were satisfied with the experience, with the main reason (45 per cent) being the quality of treatment.

Given these attitudes, it is hardly surprising that at onset of illness, 60 per cent of Jamaicans say they seek out their private doctors, and that 72 per cent of these have a specific physician to whom they go for treatment or advice. Women (78 per cent) are more likely than men to have this kind of relationship with their doctors.

The vast majority of Jamaicans are satisfied with the quality of service/treatment they receive from their private doctors: 63 per cent say they are very good or world class and 13 per cent rate them as average. Only three per cent said their private doctors were no good. For those who rate these doctors average or below, their main complaint was that the physicians were too concerned with money or were too expensive. Unsurprisingly, lower fees/costs emerged (among 22 per cent of respondents) as the major issue that they would like to see private doctors address.

At the other end, people (33 per cent) praise the excellence of the health care, and unlike in the public sector, the speed (18 per cent) with which they received care.

Private practitioners, who note that it was the majority sentiment in the survey, reject the idea of money-grabbing doctors, saying they have to make a return on their investment in facilities and equipment and be paid for the service they provide.

For urological surgeon and medical entrepreneur, Dr Devon Osborne, while cost may be a concern, many Jamaicans don't mind paying more because of the quality of care they receive at a private physician.

"Money is a factor but many persons would rather save and go to their private physician rather than face the juggernaut of a public-health system," said Osborne, who operates healthcare facilities in Portmore, St Catherine, and May Pen, Clarendon.

Added Dr Fitzroy Mallett, who practises in the eastern parish of St Thomas: "When you come to the private doctor, its quick, easy access and there's a special relationship between doctor and patient."

The public health-care facilities may not be able to match the quick turnaround time of the private doctors and the spiffy medical centres, but alleviating, or at least easing, the frustrations of long, sometimes fruitless waits is among the things the health ministry's Dr Bisasor-McKenzie hopes to achieve by having health clinics open till eight o'clock at night.

Says the health ministry official: "I spoke to a patient at Comprehensive Health Centre (in Kingston), and she said she went in the morning and it was crowded. She was asked to come back in the evening and she said she was happy to go home and do her chores. When she came back, she got through quickly."

ABOUT THE SERIES
This special series, Fixing Health, is sponsored by the Ministry of Health through the National Health Fund. The ministry supported the project as part of its initiatives to better understand current public perceptions of the sector and to identify what people today regard as major problems. Health Minister Dr Christopher Tufton commits to develop strategies to address the major concerns. Don't miss the Minister's Gleaner interview next week.

In-School Productivity Campaign | We can be productive despite challenges