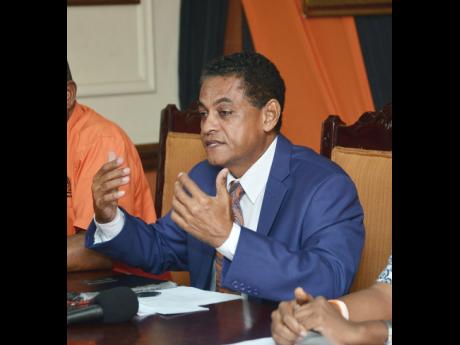 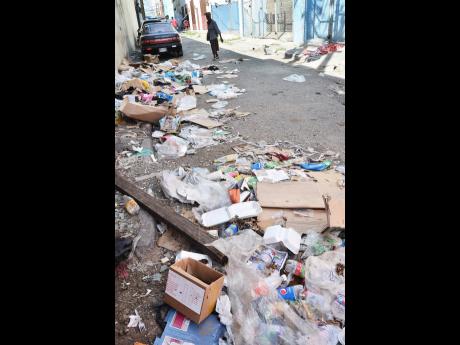 Less than two weeks before Jamaicans go to the polls to elect their local representatives, the Opposition People's National Party has gone on the offensive over garbage, accusing the Government of playing politics with the issue.

At the same time, the agency with responsibility for collecting garbage, the National Solid Waste Management Authority (NSWMA), is dismissing suggestions that it has colluded with the Government to use garbage collection as a tool to influence the upcoming local government elections.

Noel Arscott, opposition spokesman on local government, told journalists yesterday that the administration was being "tardy and careless" in its approach to public cleansing, which has given rise to growing health concerns.

He said the situation is critical in Manchester, Clarendon, and St Elizabeth, where garbage has not been collected for about five weeks.

"The danger this pile-up is facilitating is the breeding of rats and the increase in flies and is now presenting a public health hazard to the citizens in the areas affected," Arscott argued, adding that a sharp increase in the rat population could expose Jamaicans to leptospirosis.

WHAT OF NEW TRUCKS?

He wants to know what the current administration has done with provisions made in the 2015-2016 Budget for purchasing 16 new garbage trucks. "Those trucks should have been in Jamaica from as early as April this year. We have heard nothing from the Government about these new trucks."

Arscott has also chided the administration for what he described as political interference in the process to award contracts for street cleaning and garbage collection.

"Tenders were put out and two days before the closing date, an advisory went out changing the scope. It gives one the impression that they are trying to change the scope to fit their preferred contractors," Arscott reasoned.

He called on the Office of the Contractor General to probe the issue.

However, chairman of the NSWMA, Dennis Chung, yesterday dismissed as "unfounded and unfortunate" assertions that the agency has teamed up with the Government to play politics with garbage collection.

"We assure the public that the staff of the NSWMA are doing their very best to collect the garbage in what has proven to be very difficult circumstances. The board of directors can categorically say that from a policy perspective, there has been no politicisation of garbage collection, and if there is any evidence of this happening at an operational level, we invite anyone with such information to send it, even anonymously, to the board," Chung declared.

On the acquisition of additional garbage trucks, the NSWMA chairman said the agency has not received the trucks ordered in 2015, owing to "bureaucratic issues". However he said the trucks were expected to arrive in February 2017.

"Once the trucks arrive, there will be significant improvement in the collections," he added.