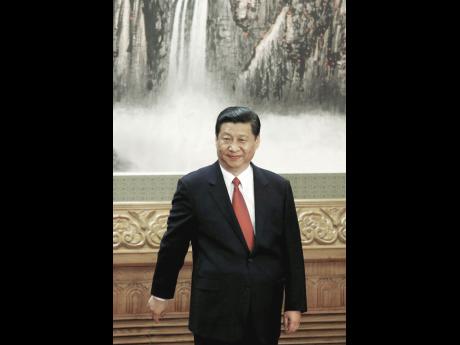 Chinese President Xi Jinping is extending a hand of friendship to the media in Latin American and the Caribbean, saying it would influence government decisions, create new friendships, and lay the foundation for new partnerships.

Speaking at the official opening of the inaugural China-Latin America and the Caribbean Media Summit in Santiago, Chile, on Tuesday, XI said media personnel from Latin America and the Caribbean are welcome to work and study in China, pointing out that it would help to create a better understanding between the people of the two regions while creating the scope for better bilateral relations.

"I am inviting Latin American and Caribbean journalists to come to China to work and study," urged Xi.

"In the next few years, we should see joint prosperity."

In echoing the sentiments of his president and citing the media interest China has had in the region over the years, Cai Mingzhao, the president of the renowned Xinhua News Agency, said China has had a foothold in the Caribbean for more than 50 years, dating back to 1961 when it opened a bureau in Cuba.

"It (since 1961) has set up a total of 21 bureaus in 19 countries in Latin America and the Caribbean," said Cai, in speaking to Xinhua's growing influence in the region.

"It provides an important channel to broadcast China's news and information to Latin America and to report Latin America to the rest of the world."

In looking to the near future, Cai said now is the time for further media expansion, with a view to promote greater understanding between China and the wider world.

"Our friendship has to be renewed, and we have even stronger aspirations to hear each other," continued Cai. "Media organisations should take up the job of broadcasting news and information, enhancing understanding, and promoting cooperation so as to elevate our cooperation to the same level as our cooperation in other sectors."

Wang Gengnian, president of China Radio International, was quite philosophical in making his bid, stating that there is an old Chinese saying that states: "Understanding makes remote countries good neighbours."

Noted Wang: "First, we must strengthen transmission cooperation. Digital and network technologies are progressing all the time, providing unlimited opportunities for innovative cooperation among media in different countries."

She continued: "Chinese and Latin American media should seize the opportunity of integrated media development, set up the multi-language information-sharing platform, and work closer together in aspects such as news releases, information collection, personnel training, and technical exchange."

The two-day summit is being attended by more than 30 Portuguese, English, and Spanish-speaking media representatives from the Latin American region alongside numerous media personnel from China.