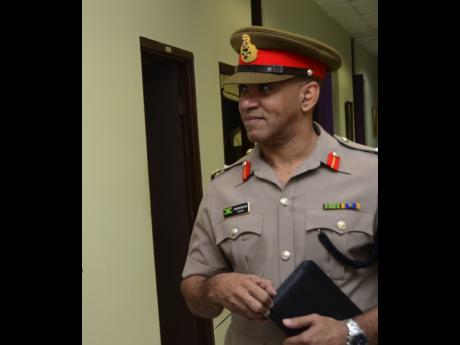 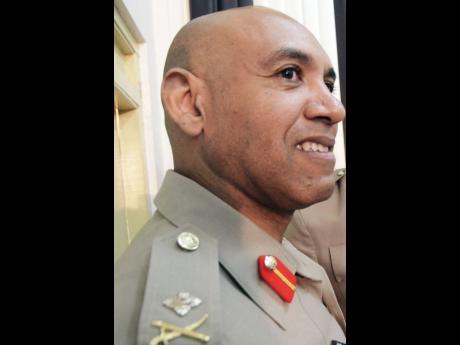 Outgoing Chief of Defence Staff, Major General Antony Anderson, has moved to dispel a common belief that members of the Jamaica Defence Force (JDF) do very little but sit around at Up Park Camp passing time while wasting taxpayers' money.

The army chief, in defending his troops, highlighted that JDF soldiers are always committed to putting themselves in harm's way to protect others - 24 hours a day.

Anderson, who it was recently announced will become the nation's first national security adviser, was addressing a meeting at the University of the West Indies in St Andrew last week, during the first in a series of public lectures organised by the Institute of Criminal Justice and Security.

As national security adviser, Anderson, a 32-year veteran of the JDF, will be the principal technical adviser to the Government.

He will advise the prime minister and the minister of national security, through the National Security Council, on matters of internal and external security affairs. Among matters to be discussed is the rationalisation of the country's security apparatus and enhancement of its efficiency.

"When they (the soldiers) hear, 'What is the JDF doing? Why are they sitting in Up Park Camp getting fat when the crime is going up and the police need help?', can you imagine how they feel? But guess what? They feel it, they shrug it off, and they go back to what they do, and what they do is (continue) to sacrifice, and hope that one day people will see them differently," said Anderson.

He put some of the blame on the JDF for not regularly communicating to the public the importance of the army, and was adamant that he would not let the opportunity pass without articulating its duties and relevance.

"These young citizens that we have are people who have said my expression of what it means to be a true citizen of this country is to put myself in harm's way to protect other citizens. That is what these 18- and 19-year-olds are doing," he stressed.

Anderson said the JDF has around 4,000 soldiers, approximately one third the size of the Jamaica Constabulary Force (JCF).

"We have one piece that is our air component out of that 4,000. They provide services for persons who can't afford it, who need to move from rural hospitals to Kingston," he said.

Search-and-rescue operations are conducted by the JDF, largely protecting fishermen and other persons using shipping lanes, "on the cays, till last minute when a hurricane is coming, so they can get [people on the cays] back [on land]".

"There is another [element], the Coast Guard. Our maritime space is 25 times the size of our land mass [and] we have borders 250 miles to the south. We have ... people carrying illicit goods through our waters," Anderson said.

Engineers make up a major component of the JDF. A group of JDF engineers returned to the island recently from Haiti. Their mission before returning was to repair schools damaged by Hurricane Matthew.

The JDF also reinforces the police in certain operations.

"The infantry is the main part that supports police operations. What they do is create space, so the policing can take place. The infantry [is] well over a thousand guys. Out of that thousand, some of them are support persons. Let's say we have 800 guys supporting the police; you can get four shifts of 200 [persons] or less if nobody is sick."

In recent months, there has been substantial public debate on whether the JDF should be merged with the JCF.