Orphaned by AIDS - Vulnerable children faced with range of challenges 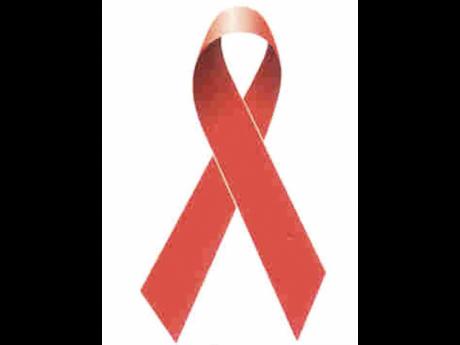 More than three decades after Jamaica recorded its first AIDS case, one local group of medical experts has estimated that more than 13,000 Jamaican children have been left orphaned or vulnerable to contracting the virus.

"Back in 2006, they were reporting that they have about 5,800 orphans, but then, about 69 per cent of patients they reviewed died from HIV during that period, so quite a few of those who were vulnerable then became orphans," Smith explained.

Jamaica recorded the first case of HIV/AIDS in 1982, and the MAJ estimates that approximately 1.6 per cent of the country's adult population, or about 32,000 men and women, are living with the virus.

However, the association said that 50 per cent of persons living with AIDS do not know that they are HIV-positive.

"This is an alarming figure and is likely linked to the continued spread of the disease," the MAJ declared in a statement to mark World AIDS Day, which is being celebrated across the globe today.

Public health consultant Audrey Brown told The Gleaner yesterday that Jamaica recorded the first case of a child contracting HIV/AIDS in 1987, and said that this gave birth to the community for orphans and vulnerable children (OVCs).

Noting that OVCs are either placed in state care or with relatives, Brown said they are faced with a range of issues that affect their well being.

"There is stigma and discrimination towards these children, and for a lot of them, there is the cost of care," she said.

One case worker with a local AIDS support group told The Gleaner yesterday that OVCs deal with other behavioural issues such as drug addiction, mental-health challenges, and low self-esteem.

"Some have issues around their sexuality, some are suicidal ... some of them turn to other coping mechanisms such as drugs, so we try to help them find solutions to their problems," said the case worker, who requested anonymity.

Despite this, the MAJ president and Brown agreed that Jamaica has made significant improvements in the way OVCs are treated.

"In terms of the clinical management of the patients, we are doing extremely well and most children are being maintained in care on treatment. They are doing well," Brown said.

Smith pointed to studies that have shown that in most cases, young women who engage in transactional sex and men who have sex with men were at greater risk of contracting HIV/AIDS and urged local authorities to maintain the message of responsible sexual behaviour.

"We must celebrate the advances that we have made as a nation, but if we are to win the fight, we must continue to target some critical areas," the MAJ head said.

He said there should be no reduction in the availability of and access to antiretroviral drugs and that all Jamaicans must continue to support the push to reduce violence against women, something he argued could result in forced sex acts, which often take place without a condom.