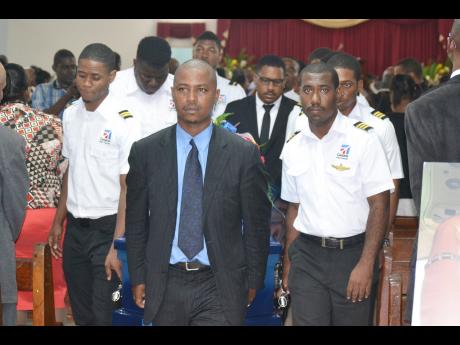 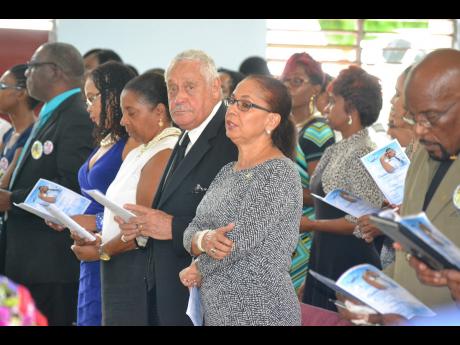 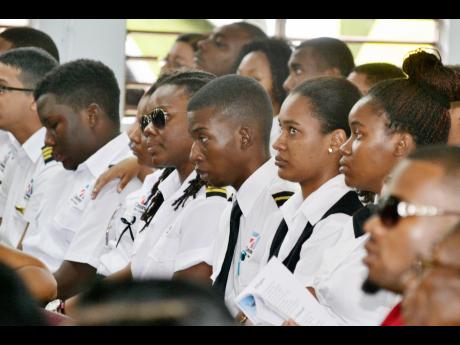 Carl Gilchrist
Student pilots from Caribbean Aviation Training Centre (CATC) at the thanksgiving service for the life of Danshuvar Gilmore. 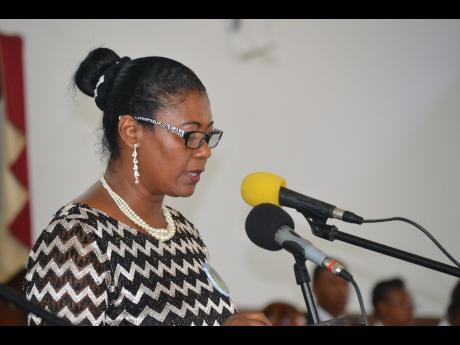 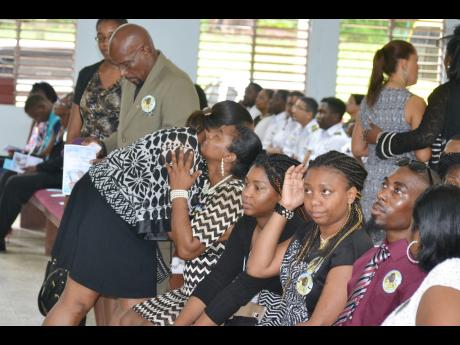 If his time had come to die, he wanted to know that he had fulfilled his dream, lived his passion of becoming a pilot.
Nineteen-year-old Danshuvar Joshua Gilmore of St Ann did that, albeit shortlived, and more.
Captain Errol Stewart, founder and CEO of Caribbean Aviation Training Centre (CATC), told the gathering at the Ocho Rios Baptist Church on Saturday that student pilot Gilmore and two other victims of the November 10 plane crash in Kingston, Romone Forbes and Jonathan Worton, died protecting lives, as they were trained to do.
The Cessna 172 aircraft crashed in Greenwich Town, avoiding any casualties on the ground.
Stewart hailed this and announced that the CATC would be awarding three scholarships in their honour.
He also said he would make representation to the Ministry of Transport to have the three victims officially recognised by the nation by having them included on next year's list of awardees for national honours, a comment met with rousing applause from a packed church.
Despite the rain, hundreds of persons turned out at the service of thanksgiving for the life of Gilmore, the last to be buried of the three victims of the tragedy.
Still looking smart in his uniform, while lying in his coffin, which was finished in two tones of blue, his favourite colour, Gilmore did one final act.


MOURNERS BROUGHT TOGETHER
He brought together people from all walks of life, from schools he attended, relatives from overseas, friends, government ministers, and well wishers.
Transport Minister Mike Henry and Shahine Robinson, member of parliament for St Ann North Eastern, were in attendance. So, too, were relatives of the other two crash victims.
Chief Education Officer Dr Grace McLean brought greetings on behalf of Education Minister Ruel Reid and pledged to "continue to offer our support".
Danshuvar's mother delivered the eulogy, describing how she hoped his passion for flying would have disappeared with the years as she dreaded the thought of him doing aviation lessons.
The passion never did. But he got to do what he really loved.
Among the touching tributes printed in the programme, Danshuvar's older sister, Abigail, wrote, in part: "One half of me just disappeared ... God, please take this pain away from me."
But the Gilmore family and, indeed, the families of the other victims would have taken great comfort from the sermon delivered by the Reverend Jonathan Hemmings, who implored the brokenhearted to wait on God.
"This experience does not represent the last time you would have heard from God, so wait on God," Hemmings told the family. "As far as this is concerned, you have not heard the last from God as it relates to Danshuvar."
Student pilots from CATC were among the pall-bearers, carrying the coffin from the church to the hearse, which took the body to its final resting place at the St Ann's Bay Cemetery.
rural@gleanerjm.com